The Other Palace, formerly known as the St. James Theatre is a London West End theatre, and the first newly built theatre complex in central London for 30 years. It features a 312 seat theatre, a 100 seat studio theatre, a brasserie and lobby bar offering delicious food, fine wines and cocktails. Its location in SW1 alongside Buckingham Palace offers visitors the chance to step away from the crowded pavements of the West End and take sanctuary in the peaceful neighbourhood of the modern St James Theatre.

The Other Palace St. James Theatre also incorporates a full broadcast TV facility enabling shows to be broadcast on BSkyB and to a worldwide audiences via online television.

The Other Palace (St. JamesTheatre)'s Creative Director Robert Mackintosh had been looking for the opportunity to create a smaller, off-Broadway type theatre for smaller shows or show just starting out. He'd felt that London was lacking in this type of venue for some time and so set out to make his dream a reality. Eventually, just the opportunity he had been looking for sprung up: a smaller theatre site on 12 Palace Street. He jumped on it and started developing his vision of the venue's future. The venue ended up being even more than he could have hoped for, not only did it have a theatre but also a studio and space besides for the lobby, bar, brasserie, and all the amenities The Other Palace offers today.

In September 2012 the theatre opened its doors for the first time with a performance of Sandi Toksvig’s Bully Boy, starring Anthony Andrews and Joshua Miles and shortly afterwards the The Other Palace studio space began showcasing excellent comedy, jazz and cabaret. 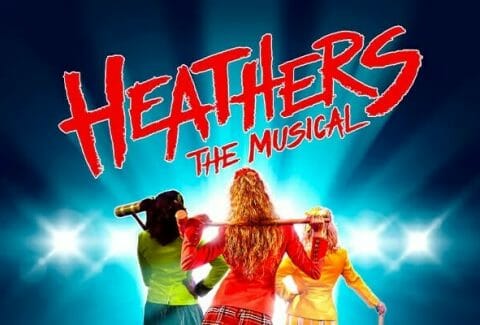