Pinocchio No Strings Attached Above The Stag

A decade into its celebrated programming of immensely popular raucous adult pantomime; Above The Stag theatre has announced it’s 2019 Christmas show Pinocchio: No Strings Attached. Above The Stag pantomimes have developed a cult following, blossoming into a staple ‘must-see’ for the theatrically adventurous and LGBT+ friendly, in London’s Christmas calendar; regularly selling out their entire fifty-performance runs.

Bringing a touch of Italian summer to London’s winter, Pinocchio: No Strings Attached is a glorious concoction of rude and irreverent comedy, songs, slapstick, spectacle and sweet-throwing from Above The Stag’s award-winning team, and a tale that reminds you: if you can’t find love, you can at least get wood. Following the narrative of the original story (with added nudge and winks galore), audiences are invited to sing, laugh and revel in a little obscenity as they watch this well-loved tale reimagined as a riotous, witty and very memorable adult panto.

Much-loved and a little feared by Above The Stag audiences, Matthew Baldwin returns with his unique brand of mischief to star as Geppetta, in his seventh ATS panto and his fifth dame for the company, following his widely acclaimed turn as Mother Goose. The cast also includes popular ATS panto faces Christopher Lane and Briony Rawle, both of whom are regular stars of the long-running global phenomenon Sh!tfaced Shakespeare.

Pinocchio: No Strings Attached is written by Jon Bradfield and Martin Hooper with original songs by Jon Bradfield. Bradfield and Hooper have written all Above The Stag’s pantomimes since 2009’s Dick Whittington: Another Dick in City Hall. Bradfield also wrote the widely praised Missing Alice, an episode of Mark Gatiss’ Queers series for BBC 4, starring Rebecca Front.

What makes an Above The Stag pantomime stand out against other adult offerings, is it’s unwavering dedication to theatrical quality – with seasoned musical director, choreographer, lighting and sounds designer, this is pantomime at its very finest, with added innuendo as only Above The Stag know how; perfectly blending the highest of quality show with low brow filth.

Co-writer Jon Bradfield said: “The original story of Pinocchio, written in 1881 is about a boy who is different to other boys, and who is seduced by the lure of the theatre. So, it’s ripe for a queer adult retelling. It’s also full of iconic moments – the whale, Toyland, and most memorably, what happens when Pinocchio lies – that we’re really looking forward to honouring. Or dishonouring.”

Pinocchio: No Strings Attached is at Above The Stag 19th November to 11th January 2020. 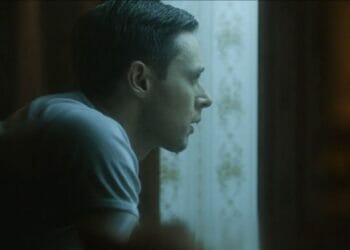 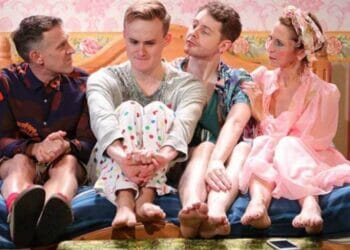 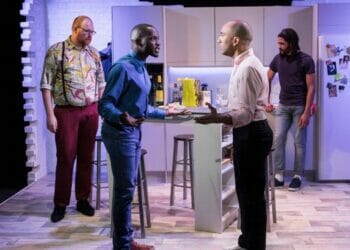 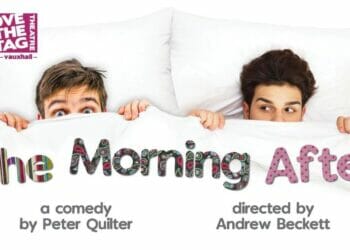 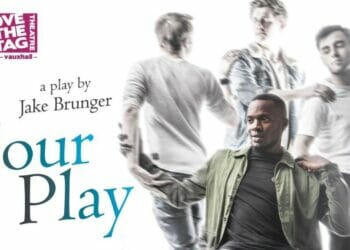 Preview: Four Play by Jake Brunger at Above The Stag