LIFT, London’s biennial international festival of theatre, has today announced the first commission to be presented as part of its 2022 festival, the UK premiere of Lithuanian beach opera, Sun & Sea – a co-production with the Albany and Serpentine.

A crowded beach, the burning sun, bright bathing suits and sweaty palms and legs. Tired limbs sprawling lazily across a sea of towels. The rumble of a volcano, or of an airplane, or a speedboat. The squeal of children, laughter, the sound of an ice cream van in the distance. Sunbathers sing languid songs of worry, of boredom, of almost nothing. Songs of early morning flights and half-eaten sandwiches in the sand, the crinkling of plastic bags whirling in the air then floating silently, jellyfish-like below the waterline. Stories that glide between the mundane, the sinister and the surreal. Witness from above as an afternoon at the beach reveals a mesmerising exploration of the relationship between us and our planet.

Staged on an indoor beach at the Albany from 23 June – 10 July as part of LIFT 2022 and Lewisham’s year as the Mayor’s London Borough of Culture 2022, this durational work will unfold on a loop over several hours. Audiences will watch from the balcony as dozens of performers bring the scene below to life. At first appearing to present a vision of a mundane afternoon at the beach, at the heart of Sun & Sea lies an urgent exploration of our relationship with the planet, the threat climate change presents and the dangers we face if it is ignored. Presented as Lithuania’s national entry for the 2019 Venice Biennale, Sun & Sea’s all-female creative team  – composer Lina Lapelytė, librettist Vaiva Grainytė and director Rugilė Barzdžiukaitė – received the festival’s top award, the Golden Lion. Sun & Sea has since traveled the world, curated by Lucia Pietroiusti, founder of General Ecology at Serpentine, earning acclaim from audiences of theatre, visual art, music and opera.

In its 40th year, LIFT has embarked on a year of celebrations to mark four decades of commissioning and presenting joyful, daring and risk taking theatre from around the world, using the whole of London as its stage. LIFT’s 40th anniversary launched with our 2021 programme, LIFT LOVES LONDON, a collection of projects celebrating the city of London. The anniversary culminates with the 2022 festival which will continue to establish a new standard for touring and international collaboration, that is environmentally sustainable and helps forge new ties between global and local artists, participants and audiences.

As a part of the 40th anniversary celebrations LIFT has launched a crowdfunding campaign which will look to support the next 40 years and enable LIFT to continue to provide a source of joy, inspiration, solidarity, rebelliousness and strength for London and Londoners. Audiences can access priority booking to LIFT 2022, including Sun & Sea, by joining LIFT as a member through the crowdfunding campaign or on LIFT’s website.

Kris Nelson, Artistic Director and CEO of LIFT says: “We could not be more thrilled to be presenting this landmark performance in London. Sun & Sea is sensational. And timely.

Lina, Vaiva and Rugilė’s Sun & Sea will give London audiences a chance to encounter a work of singular beauty and resonance. It’s a theatrical experience that’s like no other. The piece shifts our perspective and asks us to look at the lives we lead and our impact on the planet differently. We’re so pleased to be partnering with the Albany, Lewisham Council and Serpentine to realise this unforgettable artwork here in London.”

Tickets for LIFT 2022 and further programming will be announced in Spring 2022. For further information sign up at www.liftfestival.com 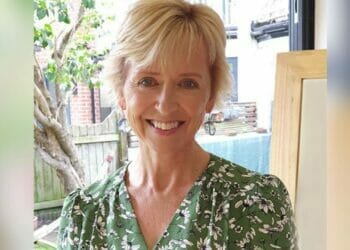 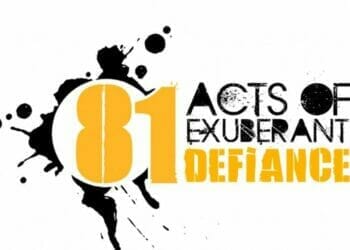 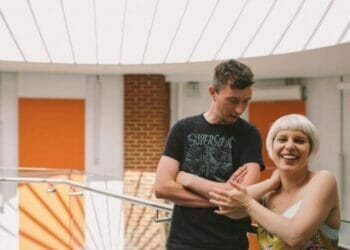 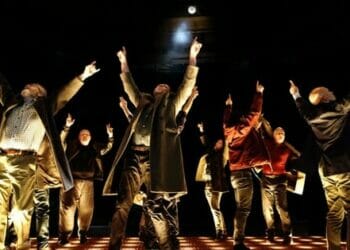 Tickets Go On Sale for Fatherland at The Lyric Hammersmith