Custody to Embark on UK Tour

Interrogating the impact of police brutality on BAME communities, Custody embarks on an exciting tour following its hugely successful run at Ovalhouse in 2017. An urgent production, Custody tackles an uncomfortable and devastating truth often naively assumed to be an American issue and questions the ability of the police to police themselves.

When another young black man dies in police custody and apparently no-one is to blame, one bereaved family battle for answers and for justice. Created by Urbain Hayo (The Art Machine) and written by Tom Wainwright (Banksy: the Room in the Elephant), this a contemporary fictional narrative built on truth.

As it emerged in January that there has been a 400% rise in police use of ‘stop and search’ powers and the Assistant Commissioner of London’s Metropolitan Police calls for Stop and Search to be introduced to schools, while recent reports also find that black people are being disproportionately targeted, this is a production of pressing importance intended to provoke debate.

Inspired by Migrant Media’s banned cult documentary films Injustice and Who Polices the Police, Custody draws on the real experiences of families who have suffered from police injustice. Its exploration of the police’s treatment of young black men comes from Urban Wolf’s own experiences of the controversial stop and search procedures.

Urban Wolf comments, “We’re bringing back Custody not only because of its success in London, but also after seeing how effective it was with audience members. Deaths in police custody is an issue that is ongoing and while we’re doing this to share amazing stories, we’re also raising awareness of this. There are many regions in the UK where this has happened, and is still happening, but people aren’t always aware about these cases. We’re passionate about bringing the momentum and sharing those stories beyond London.” 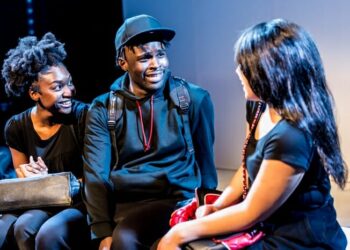