Clare Pointing was one of the founding members of theatre company The River People, and performed and created work with the company from 2006 to 2010, touring with their two award-winning shows: The Ordinaries in An Awkward Silence and Lilly Through the Dark. The company won the Edinburgh International Festival Award in 2009 and Total Theatre Award for Best Emerging Company.

With Child by Clare Pointing is at Pleasance Courtyard 31st July – 25th August.

With Child is coming to Pleasance Courtyard what can you tell us about it?

With Child is a series of talking head style monologues, six different women all offering a glimpse into their everyday lives warts and all. Inspired by the work of writers such as Victoria Wood and Alan Bennett, this show will make you laugh, cringe and cry.

I started writing this show before being pregnant myself, then continued writing during my own pregnancy. I then first performed this show last year whilst still pregnant and the show has developed along side my experience.

What inspired you to write With Child?

When I first started writing this show pregnancy was on my mind, friends were having children and I really wanted to have a baby myself. Then it got me thinking about my career, what would happen if I was lucky enough to become pregnant myself. It struck me that we never really see pregnant actresses on screen or stage unless the scene is focused on this fact and I thought, what about a show where everyone is pregnant but they’re not talking about it, does it still work or does it change how the audience feel about them as people?

In this case it’s six characters which is a real treat, they are unfiltered and letting it all out. Underneath what they’re saying are frustrations and feelings of unfair judgement, a pattern begins to emerge of women trapped or not allowed to speak their mind, women controlled by society, men, or their own preconceived ideas of what their life should be like. These individuals are funny, awful, empowering, judgmental and also judged themselves. There is so much behind each one of these women that every time I perform it something new emerges and it is so much fun.

What’s the one thing about With Child that makes it different from all the rest?

All of these characters are heavily pregnant but only one character refers to this point, encouraging us to question our preconceptions of expectant mothers and the pressures society place on women to be maternal, kind, considerate and nurturing.

How does it feel to be at Pleasance Courtyard?

I performed at the Pleasance back in 2016 with my first solo show ‘Delphine’ and had such a brilliant time so I’m really looking forward to being back for my second run at this exciting venue. As I’ll be attending the fringe with my baby it got me thinking about child care and seeing shows and I have decided to run a baby friendly performance on Aug 7th. So if you can’t find a baby sitter but want to see show you can come along and not worry if they’re making noise, the pleasance have been brilliant at supporting this.

Why should people come see With Child?

There’s something for everyone in this show, all the characters are from different walks of life and are discussing very human things.

We rarely see pregnant women on stage or screen unless pregnancy is the focus of the scene. I wanted to show my characters simply as they are…because women do not necessarily transform when they become mothers, at least not in my experience. They are still who they are, women, not saints, just people capable of all the usual human emotions. We might like them, we might not!

With Child by Clare Pointing is at Pleasance Courtyard 31st July – 25th August. 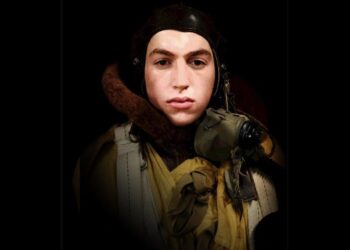