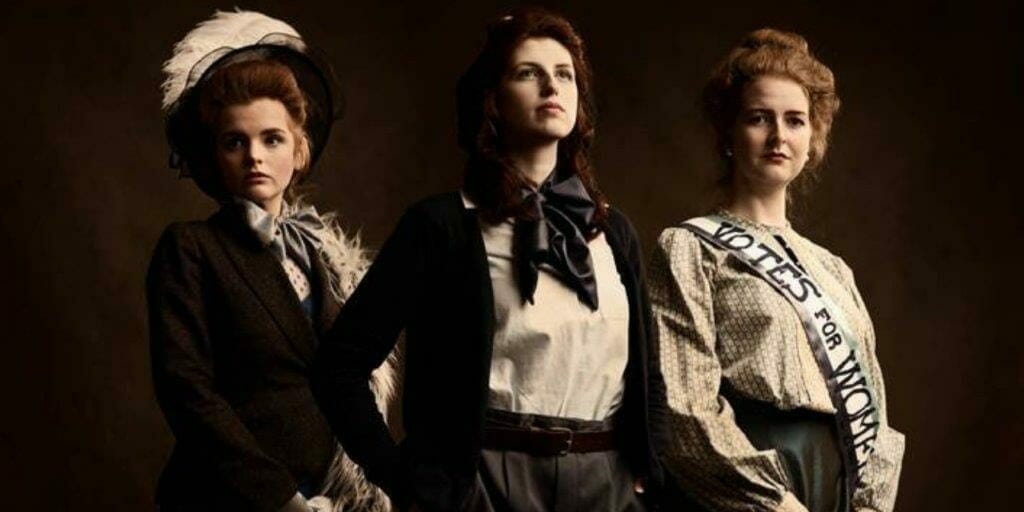 Edinburgh Review: Clouds at The Space on The Mile

It is 1913, change is in the air, and Winifred Baxter is here to chase it down. In fact, she is determined to become the first woman in all of Great Britain to chase it quite literally through the sky. Time and Again Theatre’s Clouds, playing at theSpace on the Mile, follows Winifred through her restless journey to get her flying licence before the air race that will test not only her aviation prowess, but the ability of all women to work alongside men as pilots and beyond.

However, the story is simple. It doesn’t resort to sermons to prove its point, but rather gives a perfectly accurate representation of pre-war Britain that can easily be applied to our modern age. The cast furthers this effect by focusing in on the honest relationships between normal people, rather than pointing out the over-arching societal flaws that are truly at fault.

Winifred is a perfect example of this. She is played with the sharp tongue of a lone wolf, yet the strength of a whole pack. She paints ambition as something vital and necessary in all aspects of life and leaves the audience in awe. Overall, the cast manages to pull heartstrings from the stories of a different age, making each character as empathetic and relatable as ever.

Technically, the show is a masterpiece as well. From the modest yet elaborate silhouettes of the character’s costumes, to the smallest of hat pins that sync together their blowy hair, every detail in the production’s dramaturgy is studied and accurate.

Not only does the cast speak in the proper accents of their age and social station, but they walk in shoes that are equally Edwardian. Consequently, not a moment seems out of place historically, because the show’s themes of empowerment and peaceful revolution are topical enough not need a directly reference to our age.

So, whether you’re a scrutinising history buff, or just a fan of inspiring stories, the historical drama that is so perfected through Clouds will truly keep you coming back time and again.

Ian (he/they) is a London-based storyteller, editor, and creative strategist with a keen and discerning eye for performance without bounds. He began writing about the performing arts in the auditoriums of high schools across the DMV area through the Cappies young critics program and has taken his love of performance to the Edinburgh Fringe, London's VAULT festival, the West End and beyond.