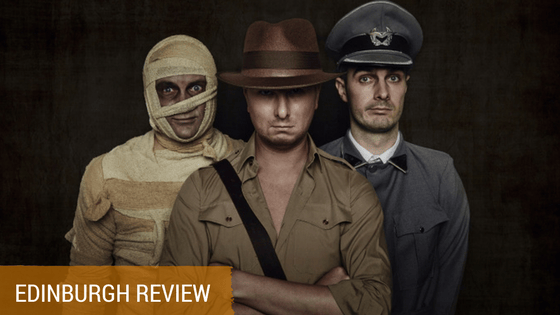 The Curse of the Mummy Review Edinburgh Fringe

Curse of The Mummy, directed by Simon Egerton, is a refreshingly funny and outlandish comedy adventure which is delighting audiences at Just The Tonic this Edinburgh Fringe.  Filled with glorious slapstick and outrageously absurd comedy, this is a fantastic example of Fringe at its best.

In an hour of unrelenting comedy and parody we follow the adventures of Montana Jones, intrepid archaeologist who desperately wants to find some hidden treasure.  What he finds is a real-life mummy who has been awoken from its slumber and triggered a curse that is set to destroy civilisation.  If that wasn’t bad enough, Monty also has a camp Nazi chief hot on his tail hoping to steal the Mummy’s stash of gold.

The cast; Sam Dunham, Jack Faires and Jack Gogarty, set about this production with all guns blazing, they maintain a huge amount of energy throughout and keep the audience fully on their toes.  Two of the cast play a number of different characters, with more costume changes than pyramids in Egypt, which is hilarious to watch.  There are plenty of surprises thrown in too, and the initially sceptical audience were soon on side.

The physical comedy is mixed with song and dance numbers; eighties classics from Abba to Queen are given a quirky makeover by Last Chance Saloon, the company behind the production.  The audience are encouraged to join in, sing along and shout out in pantomime fashion.

Curse of The Mummy is a wonderfully funny show that doesn’t take itself too seriously, it may not be intellectual comedy, but it makes you laugh and that’s all you need.  High energy performances and a chaotic storyline filled with twists and turns will leave you grinning from ear to ear. 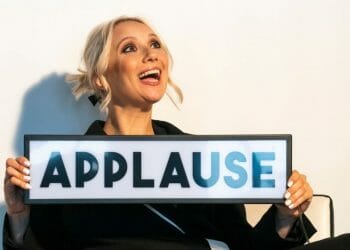 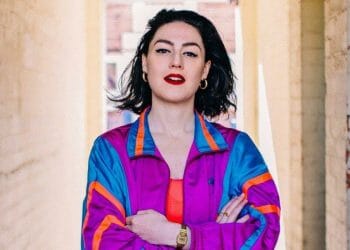 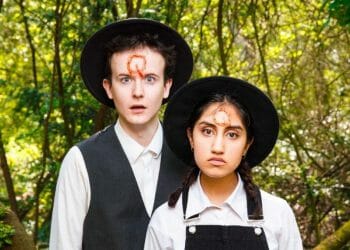