One might look at Hitler’s Tasters and pose the oft presented argument about World War Two, that nothing new can be said. Well I challenge anyone pre-watching this show to tell me that they knew much, if anything at all, about the women that tasted Hitlers food! Writer Michelle Kholos Brooks and director Sarah Norris create a wonderfully light hearted, yet harrowingly genuine account of what these women’s lives were like.

The all-female cast showcase their impressive talents, all bringing a uniqueness to each of their individual tasters that make them such relatable characters. They manage to show a level of innocence despite knowing exactly the dire straits that they’re in; smiling through their meals, acutely aware that it could very well be their last. One haunting line, uttered by Mary Katheryn Kopp as Hilda, after finding out what happens to you when you’ve been poisoned, is “I don’t want to know the truth”. A sentence that serves as a reminder, that this sentiment sadly rang true for the majority of the German population at the time.

The stand out element which takes Hitler’s Tasters and ascends it to a higher level, for me, is the direction. Such clever devices used to create a world in which these women are in the late 1930’s early 1940’s, yet modernised with the use of smartphones. A world in which they are so clearly modern-day Americans, yet so authentically Germans of that period. A masterclass in how understated, intelligent direction and allowing your actors to indulge themselves in their characters can create a truly magnificent performance.

Christina Tang’s interestingly adaptive lighting morphs backwards and forwards in time to aid in the transitions of the piece. This, together with Ashlee Wasmund’s delicately choreographed costume and set changes, make the piece flow like clockwork. The historical accuracy of the piece is sound, Brooks’ knowledge on how propaganda effected the Nazi German populous comes through perfectly throughout.

Hitler’s Tasters deftly weaves us through the lesser known story of the women Hitler used as poison testing guinea-pigs. I must admit, I entered the room not quite knowing what to expect. I left the room utterly gobsmacked at the level of talent that I had just had the pleasure of watching. 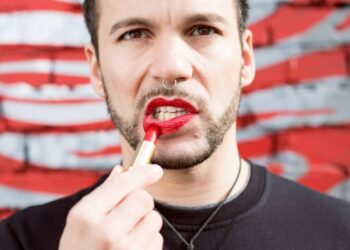