Tackling topics like privilege is never an easy task and can even make some audiences hostile or uncomfortable. However, not only does Jen Brister not aim to lecture her audience, she balances her show with a variety of subjects that don’t limit her set to strictly a parent audience, or make it feel like a sermon on acceptance or visibility.

In fact, Jen Brister knows her audience like her very own children, and can play them like a fiddle. Her vocal variation is a marvel in and of itself, because it plays on both the tried-and-true traditions of stand up comedy, like the personified devil-child, yet does so in a fresh and invigorated context. The pacing and comedic timing of the show is similarly astounding because its momentum is never lost, it only heightens—physically, vocally, by wit, or by absurdity—with each joke.

Even those without children or family of any kind can find Jen’s entire set invigorating and hilarious. Some of Jen’s biggest laughs come when she embodies and exaggerates the more privileged. From the all-too-perky middle class mumsies, to her very own sleazy online commentators, Jen isn’t afraid to take our preconceptions to the next level.

The hysterical way in which Brister personifies her children is also a fresh take on old comedic tropes. Everyone knows children can be the worst, and that they can ask the most from their parents, but Jen takes this fact and heightens it by speaking to her devilish children in the way new parents would, like they’re adults. When that inevitably doesn’t work, she shows what she’d really like to say to them to the roar of the audience. This contrast between parenting styles is steady throughout the show and never ceases to steal a laugh.

Overall, Jen Brister—Under Privilege is a show that not only tries to educate an audience and desensitise them to the fear of having privilege, but a show that subtly urges people to use their advantages to help others, and to raise the next generation conscientiously. 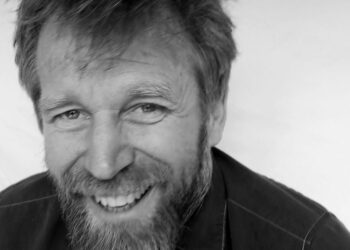 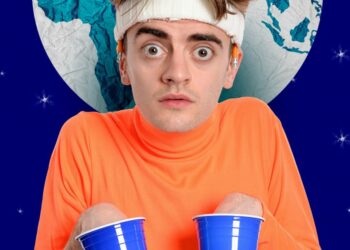