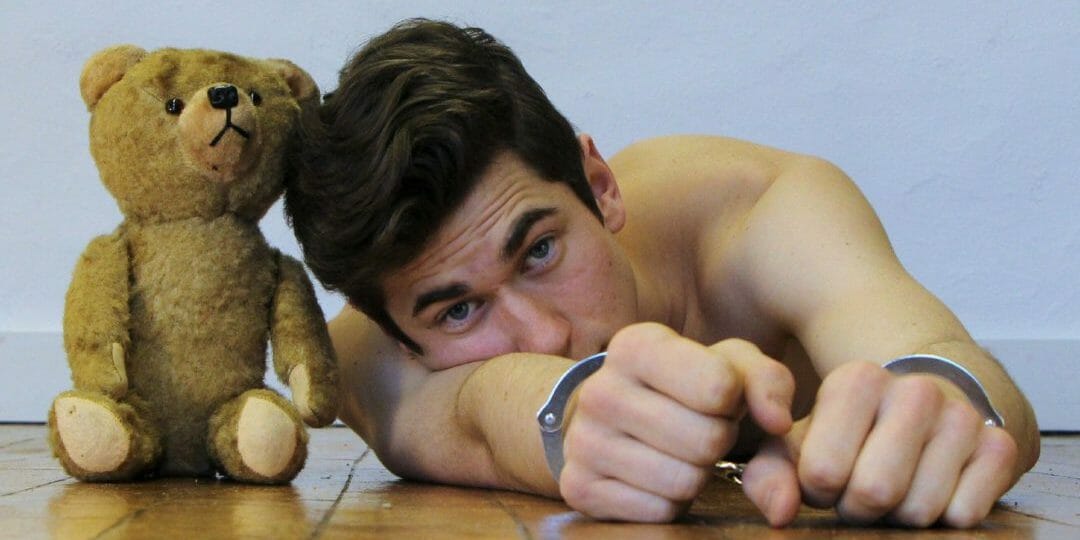 Glenn Chandler returns to Edinburgh Fringe after the success of last year’s Lord Dismiss Us, with a new two-hander filled with more twists and turns than an episode of Taggart (which Glenn also created).  Kids Play is a very cleverly written and timely play where nothing is as you expect.

There’s a very strong plea from the production not to give away any of the twists, which is entirely understandable given how important they all are to the overall plot.  So, without giving away any spoilers; the story revolves around an older businessman (Greg) and a seventeen-year-old boy (Theo), together in a hotel room during conference season.  There’s a financial transaction involved and neither of the characters really know what exactly they want, but they are willing to put themselves in danger to find out.

At times hilariously funny, at others deeply moving, and all overlaid with a sense of foreboding, Kids Play is certainly an emotional journey, for the characters and the audience.  It’s impossible not to be captivated by these two characters, who mistake psychological needs for sexual ones, and while that’s easy for the audience to see, the emotional turmoil for Greg and Theo is palpable.

Gareth Watkins gives the character of Greg a strong and almost terrifying demeanour, but it’s not long before he gently draws out the character’s softer side.  Clement Charles is astounding as Theo, from coy to commanding, he captures the full range of his character’s emotions perfectly and with mesmerising skill.

The overall theme, and eventual climax could easily have been disturbing, but in Chandlers capable hands we can instead identify at some level with both Greg and Theo.  Kids Play is an absolutely riveting piece of theatre, which keeps its audience in thrall from start to finish, and tensely waiting for the next thrilling twist.