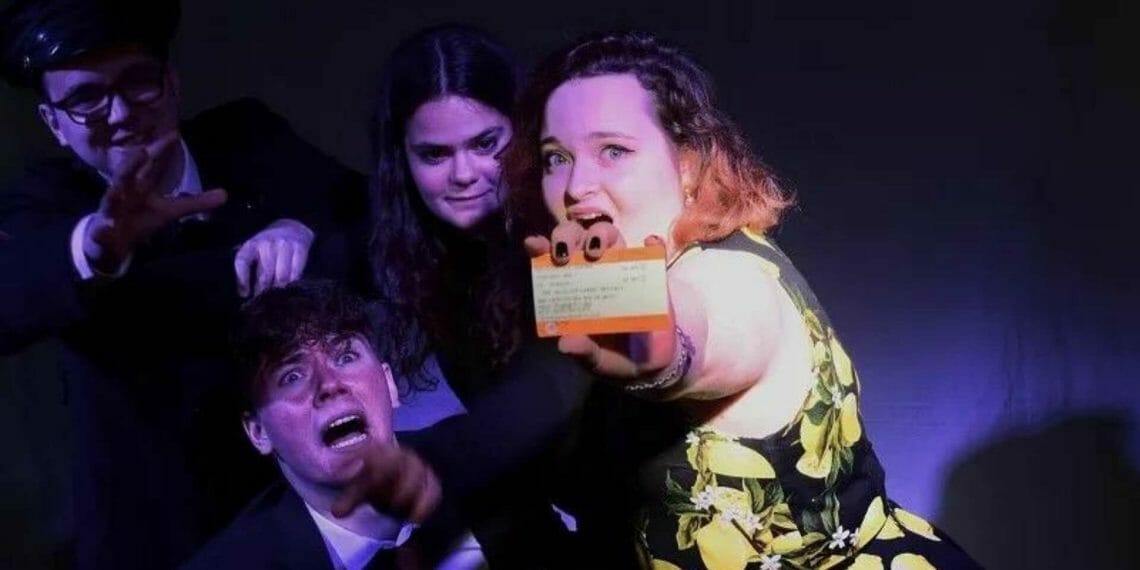 Leaves on the line courtesy of the company

A number of Fringe participants at Fringe this year will have arrived at Edinburgh Waverley on the LNER service from King’s Cross, assuming there wasn’t a strike, a heatwave or indeed leaves on the line.  And so, it’s all aboard for Durham University Light Opera Group’s latest offering Leaves On The Line, playing at theSpace at Surgeon’s Hall, a fun musical that’s definitely on the right track.

The plot follows the journey of a train from King’s Cross to Edinburgh, not unexpectedly, the journey is delayed, and so we get the chance to meet a number of characters who find themselves trapped together for the duration.  Love blossoms and wounds heal as the passengers sing their way through this delay repay situation.

The characters are well thought out, and audiences will easily recognise them; we’ve got the data analyst who has sacrificed her dreams of being a writer for something more stable, an aspiring actress left plodding from one audition to the other, and a fare-dodging teenage runaway grappling with their parent’s divorce.

Many other characters drift in and out of the carriage, and most of them get a song in which to tell their story.  The numbers are all beautifully written, with a good mix of upbeat tempos and slower contemplative ballads, plus some funky choreography.  The music is all played live by the company’s band, which definitely adds to the audience’s enjoyment.

The small cast work hard, frequently taking on multiple roles to achieve the effect.  There are some very strong performances here.  There is clearly a lot of work gone into producing this show and it pays off because Leaves on the Line is ultimately an enjoyable music.

Unlike Thameslink (of which I’m a frequent user) Leaves on the Line arrives at its destination ahead of schedule, with so many characters it all feels a little rushed and gets wrapped up too early.  On one hand, it mimics a real train journey; one where you overhear snippets of someone’s life only to never see them again, but for a musical it leaves the audience wanting resolutions.

It’s a very enjoyable musical from Durham University Light Opera Group, and if they should ever want to take it further, the concept is strong enough for a large scale production to be full steam ahead.