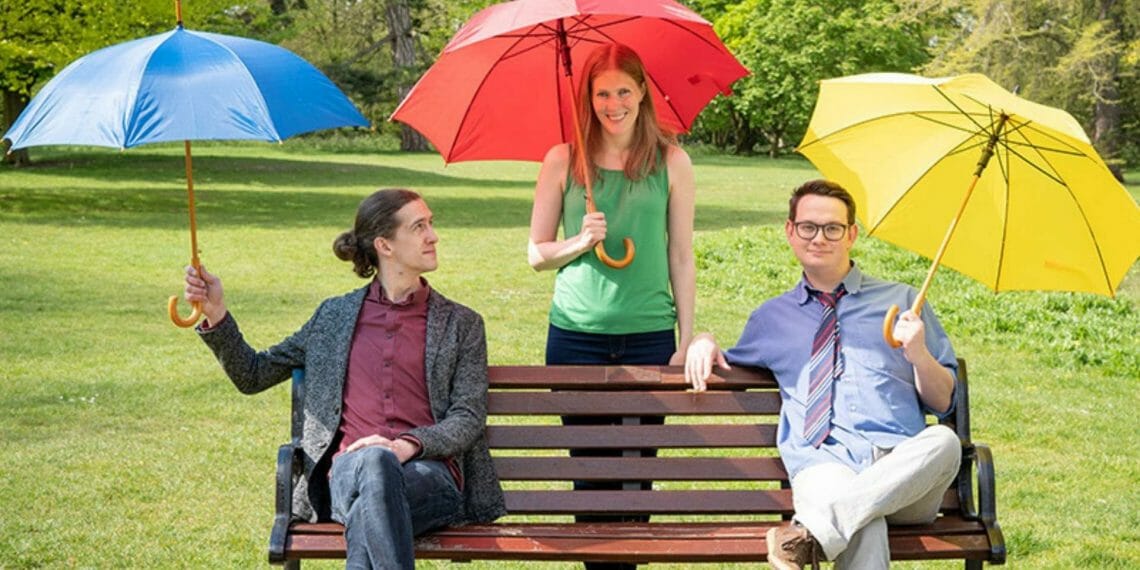 So no one told you improv could ever be this way? MATES: The Improvised 90s Sitcom pays tribute to those escapist American comedies of the 1990s like Friends and Seinfeld where a bunch of beautiful unemployed white people share an apartment you could only dream of having.

The show comprises two entirely improvised episodes of a show called ‘MATES’. MATES is about three British friends living in a New York rent-controlled apartment, and the wacky hijinks they get up to each week.

The story is informed by three words suggested by the audience which is allocated to each of the three performers. We are not told much more than that, so from there the show could go anywhere.

I say anywhere; what is clever about MATES is that the suggestions are worked into the typical beats of a 90s sitcom. There are the familiar stories about nightmare dates, stressful jobs, strange New York denizens, but cleverly incorporating the suggestions to give the stories the bizarre twist you only get in improv shows.

Friends would have been a way better show if Monica had to make a meatloaf out of potatoes to serve to Meatloaf the singer, or if Phoebe started a side-hustle pretending to be a Spice Girl to sell imported Spice Girls tapes.

I imagine the hardest part of a high-concept improv show such as this is to keep everything on time and to follow the structure of the format, but both episodes really felt like sitcoms, managing to resolve everything that needed to be resolved in half an hour, and finding a suitable cliff-hanger to lead into the next episode.

The three performers were all extremely quick and funny – there were a couple of moments where they scrambled a little to find a way forwards, but the chemistry between Hugh, Alex and Rachel is so good that nothing felt uncomfortable. MATES is a very funny show that will make you wish that this was a real sitcom.