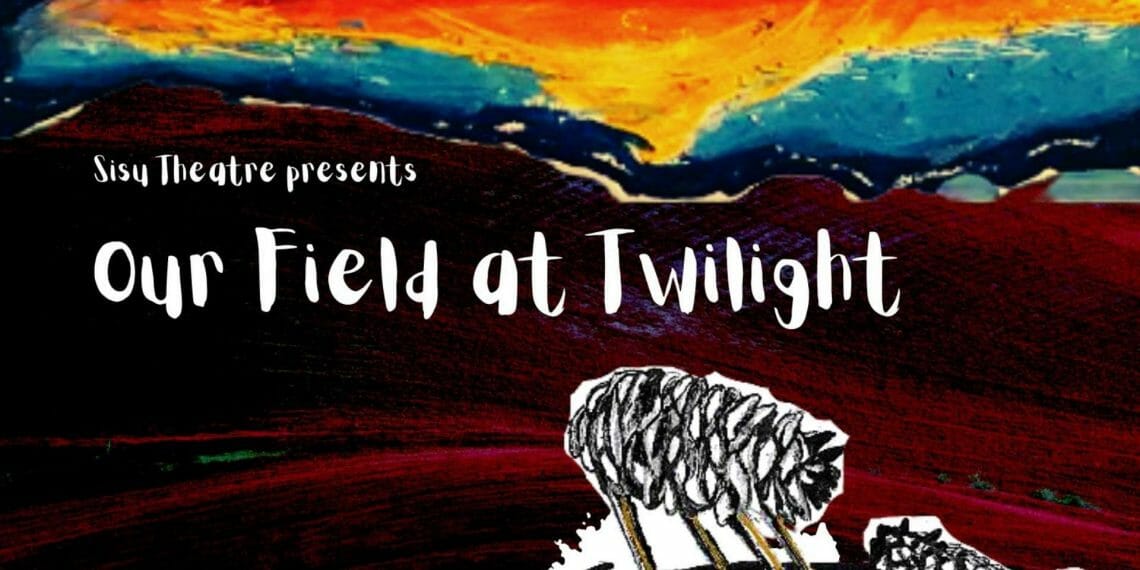 Our Field at Twilight Courtesy of the Company

Our Field at Twilight is showing at the Space on the Mile (inside the Raddison Bleu) and is the story primarily of two women who live in an area where their lives appear to be controlled by a Northern European cult. It is a story of living under oppression.

The puppets that are used in Our Field at Twilight are exceptionally well crafted with such expression painted into the faces, and the performers movements with the puppets were very much suited to the animals.

The puppets are one of the few highlights of this piece. Our Field at Twilight stars Madeline Carter and Vilma Kitula. Carter’s performance had levels to it and at times the energy she projected within her character was neurotic which suited the level of despair that Zara was experiencing.

The story built slowly and then everything seemed to happen at once which created confusion. The third character needed further elaboration because we had no idea who she was, why she was wearing a wedding dress and how she knew the ultimate twist of the story.

Towards the end, it became quite difficult to watch the outpouring of grief, anger, pain and desperation from women who have been pushed to the limit of what they can handle both mentally and physically. Kitula’s performance also struck at the core of the audience’s being as she responded to her punishment, and did everything she could protect her friend in all regards of wellbeing.

If we examine just the writing itself, this would have benefited from more workshopping to provide further clarification on a lot of vague parts in this production. The emphasis it seems was more on the performance element than the actual writing itself, and that makes this feel disjointed. I wasn’t sure what I was watching quite a lot of the time and the agenda regarding disabled institutionalisation came out of nowhere with little to no setup.

Overall, Our Field At Twilight had some good performances in it, and it very much had a story to tell but I left feeling as though it was incomplete, that there was more to be said and that what is put on the stage is lacking because it seems to only be part of a story, and the production suffered from being too vague at times, and very inconsistent.