Making a welcome return to the Edinburgh Fringe and PQA Venues after a hugely successful and sell-out run last year is Q Productions The Last Five Years, directed by Gerard Bentall. Jason Robert Brown’s musical is given a new lease of life in this slick and refined staging.

One of the composers most notable musicals The Last Five Years is comprised of an unusual structure.  It tells the story of a life-cycle of a relationship between Jamie and Cathie, two twenty-something New Yorkers.  While Jamie’s story moves forward through time, Cathie’s begins at the end and works backwards through the same five-year time period.

This quirky timeline gives the audience opposing views of the relationship at the same time, as Jamie and Cathie alternate songs, meeting briefly in the middle somewhere in Central Park before continuing down their own respective paths.

For both Jamie and Cathie, life improves as the musical proceeds, but remember one is telling their story in reverse, so the reality is that for Cathie things have got worse by the time the relationship has to come to an end.

Jason Robert Brown’s score is a complex one to say the least, and is demanding for both characters.  Performers Connor Burnett and Lori Davidson tackle the challenging songs with great skill.  Burnett is reprising his role from last year, and it feels like he wears Jamie like an old glove, giving a particularly impressive performance with the tricky ‘The Schmuel Song’.

Lori Davidson is making her professional debut in the role of Cathie, but you would never know this was her first professional job.  She packs the role with unbridled emotion and her vocals are simply outstanding.

With a story set in many physical locations, projections are used to great effect to set the various scenes, giving us a very real sense of the Manhattan setting.  This production of The Last Five Years is a fantastically intimate staging of Jason Robert Brown’s touching musical. 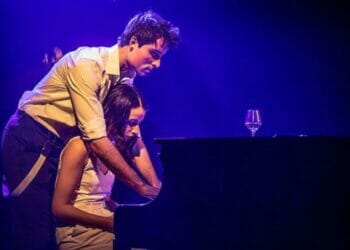 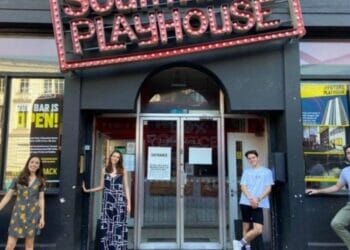 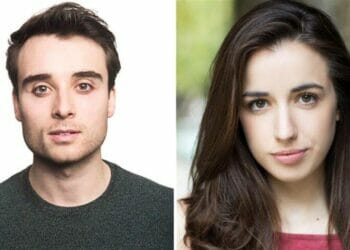 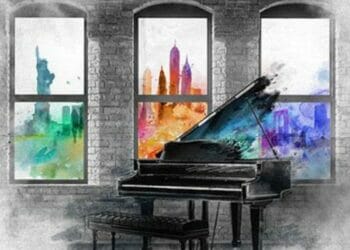 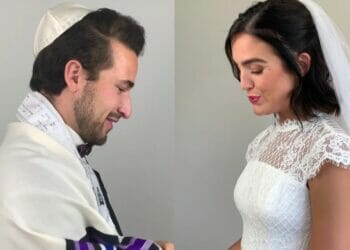