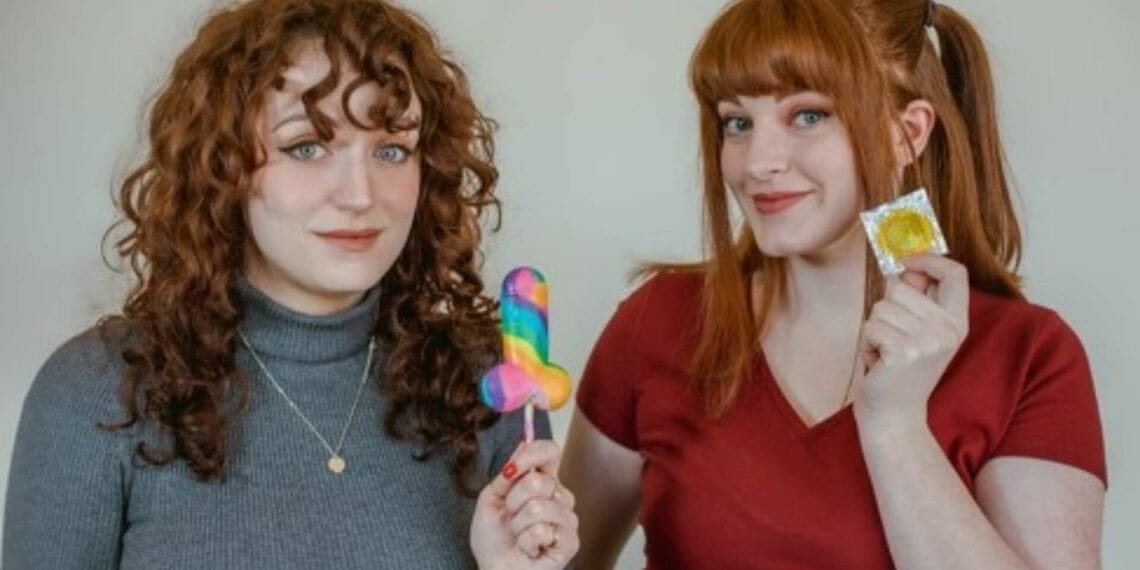 Things We (Never) Learned in Sex Ed is perhaps the most aptly titled show I’ve seen at the Edinburgh Fringe. The show plays as a funny and inventive lesson, critiquing the errors and lies we have been taught and are still taught in sex education classes, and offers an inclusive and sex positive alternative, presenting important sexual health and the relations and responsibilities which come with sexual activity.

The show deals with traditionally very uncomfortable topics, but Lindsay and Lea keep the audience at ease – both of them are very charming and likeable and so we allow them to take us to wherever the show takes us next.

The show isn’t afraid to be silly when talking about sex and the failings of the way we teach sex, but the show effortlessly switches tone to the real-world consequences of poor sex education. Lea talks with openness and honesty about how abstinence and Christian guilt has had lasting consequences on them, and the pair sing a moving song about their experiences with sexual assault.

Despite the giddier elements of the show, you never lose the sense that the information conveyed in Things We (Never) Learned in Sex Ed is really important. If you are looking for a creative and entertaining hour of theatre, I’d recommend this show, but if you feel as though you did not have a comprehensive sex education, then I would urge you to go and see this show.​