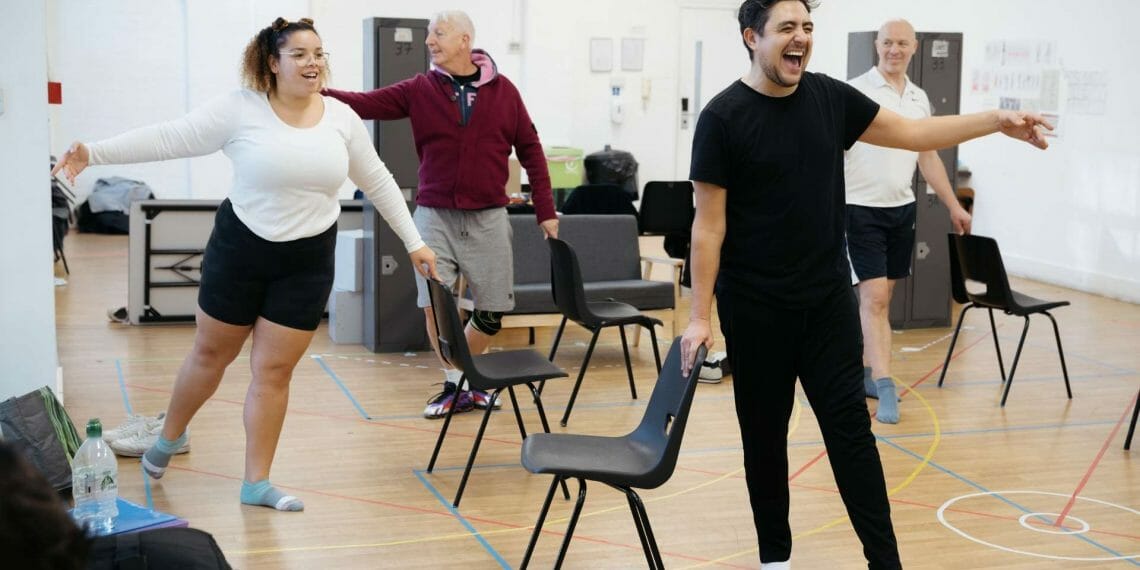 Further casting is announced for the premiere of brand-new life affirming musical The Rhythmics this winter, playing at the Southwark Playhouse from 2 December to 8 January.

As previously announced, Noel Sullivan (School of Rock, Years and Years and Gavin and Stacey) will star as ‘Grey’ alongside Zweyla Mitchell Dos Santos making her professional debut playing ‘Silva’. Joining the cast are Ken Christiansen (Everybody’s Talking About Jamie, It’s a Sin, Mother Courage and her Children) as ‘Nick’, Kinny Gardner (Godspell, The Rocky Horror Show, The Mousetrap) as ‘Sid’, Kirby Hughes (From Here to Eternity, Crazy for You) as ‘Sue’, Rebecca Hayes (A Christmas Carol, Cylch Sialc, The Pact) as ‘Robin’, Andrew Patrick-Walker (Jerry Springer – The Opera, Brooklyn the Musical, The Muppets Most Wanted) as ‘Jeremy’, Joshua Steel (Aladdin, Friendsical, Joseph and the Amazing Technicolor Dreamcoat) as ‘Connor’, and Phil Snowden (Billy Elliot, Les Miserables and Bridgerton) as ‘Dennis’.

A brand-new music video for one of the numbers in the show – ‘Daddy, You’re My Hero’ – has also been released, with the leads coming together for the first time performing together. Like the music video Got Your Back, created to accompany the release of the album, the full production will also feature BSL integrated choreography from Deaf men Dancing’s Mark Smith, as well as captions throughout all performances, to make the show accessible for D/deaf and hard of hearing audiences. A cast album for the show was created during lockdown last year under socially distanced rules in studios across London, Brighton and Glasgow, and released in July 2020. The album is available via Spotify, iTunes, Amazon Music, Apple Music and other digital platforms.

With book and lyrics by Metta’s Artistic Director P Burton-Morgan, and music and lyrics from Stiles + Drewe award winner Ben Glasstone (Reanimator), The Rhythmics explores the crisis of masculinity via a collection of oddballs belting their way through a thrillingly catchy guitar-led score.

The Rhythmics is directed by P Burton-Morgan, with choreography by Mark Smith, with Ellie Verkerk as Musical Supervisor, Erika Gundesen as Musical Director, James Nicholson as sound designer, Francine Huin-Wah as costume designer, Jane Deitch as casting director, and Will Reynolds as set and lighting designer.