First Look: All About Eve at The Noël Coward Theatre

To mark the world premiere of Ivo van Hove’s highly anticipated stage adaptation of the 1950 Twentieth Century Fox film All About Eve, Sonia Friedman Productions and Fox Stage Productions have today given a first glimpse of the production.

Ahead of the first preview tomorrow, Saturday 2nd February, the first photography has been released. Shot by Jan Versweyveld, set and lighting designer of All About Eve, this is the first look at Emmy Award-winner Gillian Anderson as she returns to the stage alongside Lily James in the titular role. BAFTA Award-winner Monica Dolan will play Karen alongside Ian Drysdale as Max Fabian, Tsion Habte as Phoebe, Jessie Mei Li as Claudia Casswell, Julian Ovenden as Bill, Sheila Reid as Birdie, Rhashan Stone as Lloyd, Stanley Townsend as Addison DeWitt and Pianist Philip Voyzey.

1. Photography by Jan Versweyveld. The cast of All About Eve including Gillian Anderson and Lily James.

Photography by Jan Versweyveld. The cast of All About Eve including Gillian Anderson and Lily James. 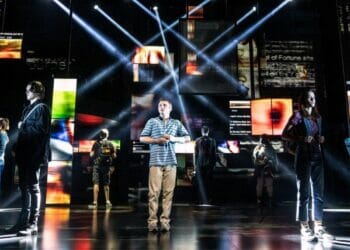 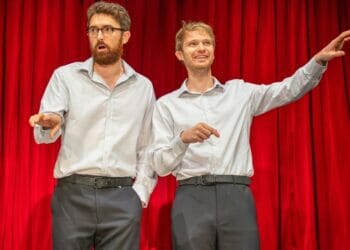 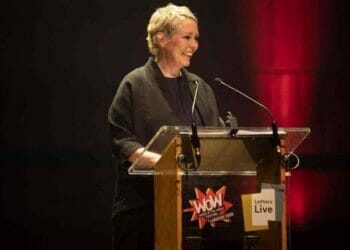 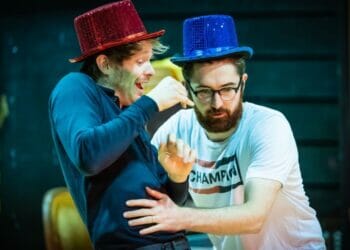 First Look: The Comeback at The Noel Coward Theatre in Rehearsal