Bugsy Malone will open at Theatre Royal Bath on 2 July 2022, followed by Birmingham Rep from 27 July 2022.  The National Press Night will be on 12 July in Bath.

The world famous musical Bugsy Malone is based on the hit 1976 movie by Alan Parker who’s long catalogue of films have won nineteen BAFTA® awards, ten Golden Globes® and six Oscars®. Packed with instantly recognisable songs from Oscar®-winner Paul Williams including My Name is Tallulah, You Give A Little Love and Fat Sam’s Grand Slam, BUGSY MALONE is a masterclass of musical comedy with one of the most joyously uplifting finales in musical theatre.

Bugsy Malone stars a talented cast of young performers, aged between 9 and 15 as well as adult performers. 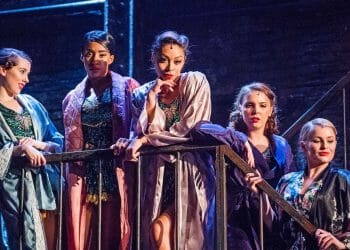