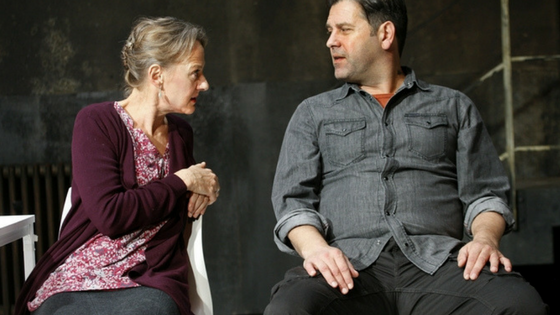 Production images are today released for Daniel Kehlmann’s new thriller Christmas Eve, starring Niamh Cusack and Patrick Baladi. The latest play from the multi-award winning writer will be directed by Laurence Boswell, in a translation by Christopher Hampton. The production will run at Theatre Royal Bath’s Ustinov Studio until Saturday 18 November.

On Christmas Eve 2017, a philosophy professor, Judith is on her way to celebrate Christmas when she is bundled into police headquarters and an interrogation room. Opposite her the senior officer, Thomas, is cynical, smart and relentless. Played out in real time, two powerful antagonists are pitted head to head against each other. Both think they are saving their country but only one of them will win.

First Look: My Brilliant Friend at The National Theatre in Rehearsal

First Look: Vanya and Sonia and Masha and Spike at Theatre Royal Bath