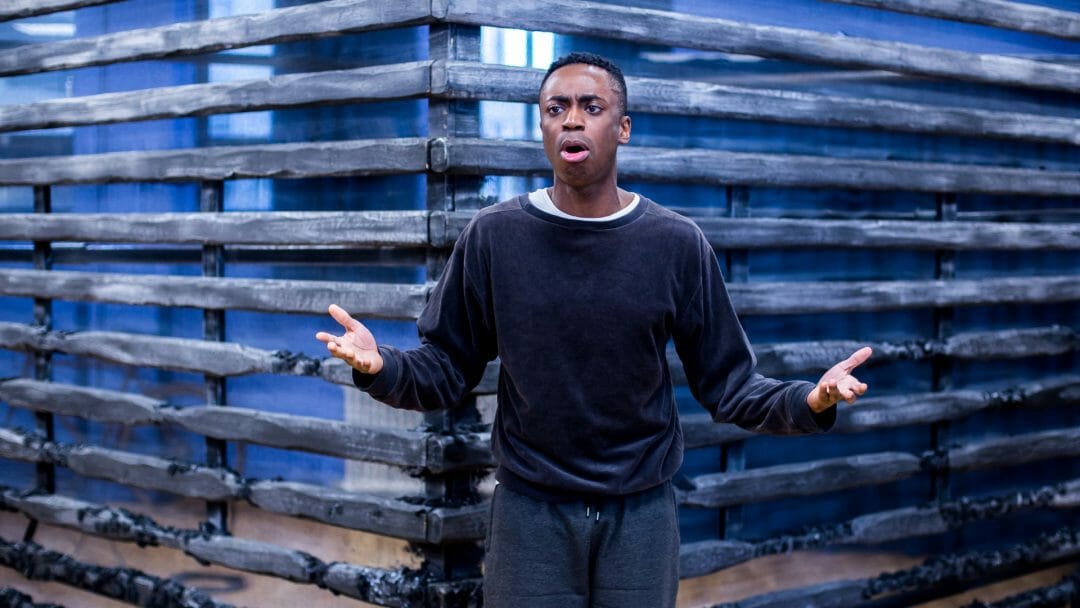 Mum’s promised him that bike so even when school or homelife bites, he knows to keep his chin up, his head down and his shirt clean. No harsh word, no sudden push to the ground will distract him from growing up to be a good man. Because in the end, everyone who’s good gets what they deserve. Don’t they?

Set during the early noughties, good dog tells the story of growing up in a multi-cultural community, and the everyday injustices that drive people to take back control. When prejudiced voices are amplified, the arts must remind us of the humans obscured within the propaganda storm.

good dog in rehearsals photo by Wasi Daniju
1 of 3

Interview: Kwaku Mills on Candida at The Orange Tree Theatre