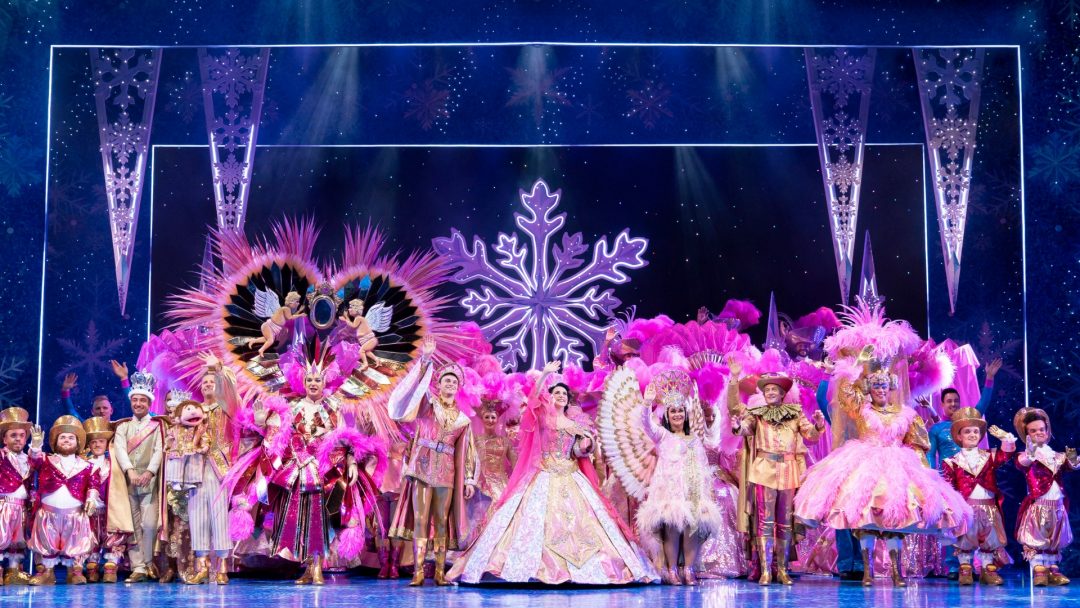 First look production images have been released for Qdos Entertainment’s production of Snow White at the London Palladium, which began on Saturday 8 December 2018.  The five week strictly limited run concludes on Sunday 13 January 2019.

Dawn French is Queen Dragonella with Julian Clary as The Man in The Mirror, Paul Zerdin as Muddles, Nigel Havers as The Understudy, Gary Wilmot as Mrs Nora Crumble, Vincent and Flavia as The King and The Queen, Charlie Stemp as Prince Harry of Hampstead and Danielle Hope as Snow White.

Snow White at The London Palladium c. Paul Coltas
1 of 7

First Look: Goldilocks and the Three Bears at The London Palladium