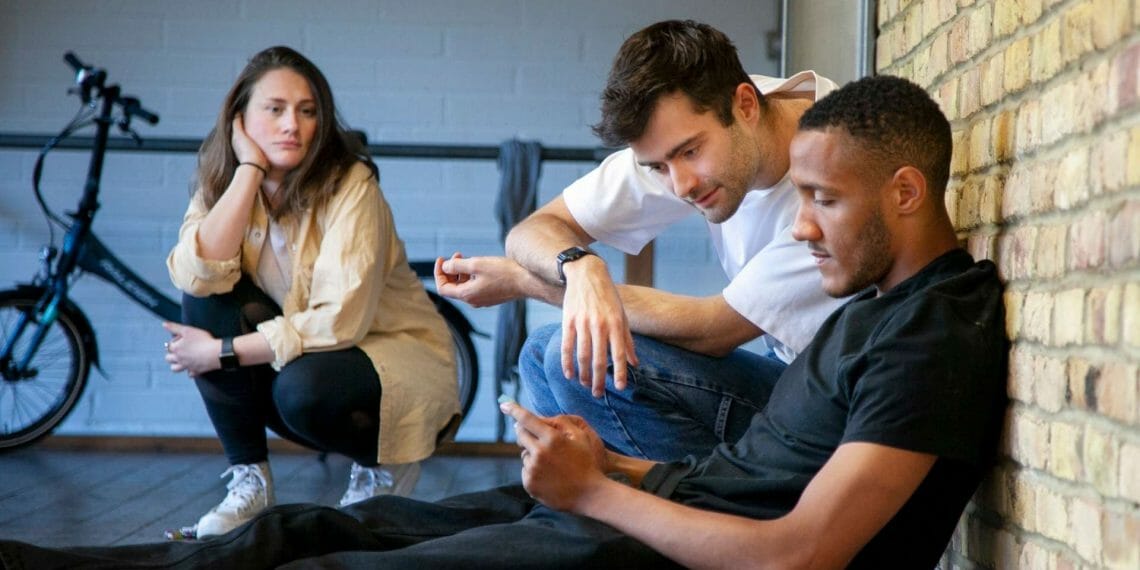 First look rehearsal images have been released for Philip Ridley’s Tender Napalm which will open at The King’s Head Theatre this month.

Hailed an instant classic when it first premiered in 2011, Tender Napalm was nominated for a variety of awards and featured in Time Out, The Observer and The Guardian. It has since been performed all over the world.

This tenth anniversary production is the first major London revival and is presented at the recommendation of Philip Ridley himself, after seeing Lidless Theatre’s acclaimed 2018 production of Moonfleece at The Pleasance Theatre – bringing with it cast members Jaz Hutchins and Adeline Waby, and director Max Harrison.

Two lovers. A desert Island. Sea serpents. UFOs. Tsunamis. Unicorns. Atomic bombs. What is this thing…called love? This brutal yet tender two-hander explores the heights and the depths of a romantic relationship through a series of narrative threads, ranging from the fantastical to the hallucinatory. Delving into the most primal human emotions – raw, visceral and dangerously honest.

Tender Napalm is at The King’s Head Theatre 26th October to 20th November 2021.