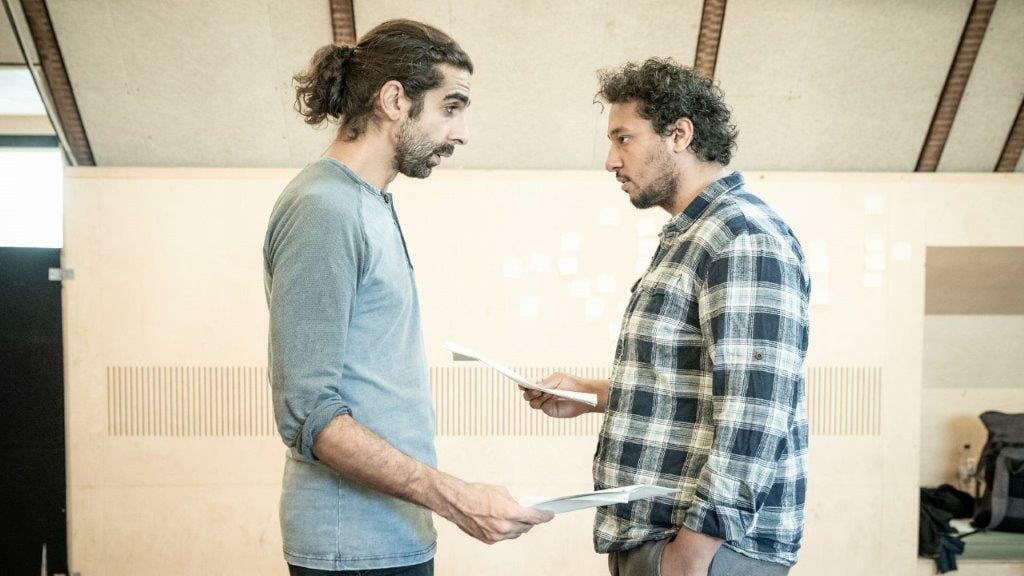 First look rehearsal images have been released for The Arrival, which is at The Bush Theatre from 21st November 2019 to 18th January 2020.

When Tom (Scott Karim) and Samad (Irfan Shamji) meet for the first time, they are stunned by the similarities they share.  Despite Tom’s adoption and all the years spent apart, the two brothers are joined by an undeniable biological bond.  But as they become closer and their lives entangle, they realise that finding each other comes at a price.

A taut family drama about obsession, betrayal and the human need to belong.  The Arrival is a world premiere written and directed by Olivier Award-winning theatre director Bijan Sheibani (Barber Shop Chronicles, The Brothers Size) which previews at the Bush Theatre from 21 November with press night 26 November.

The Arrival Bush Theatre in Rehearsal c. Marc Brenner
1 of 5

Casting Announced for The High Table by Temi Wilkey