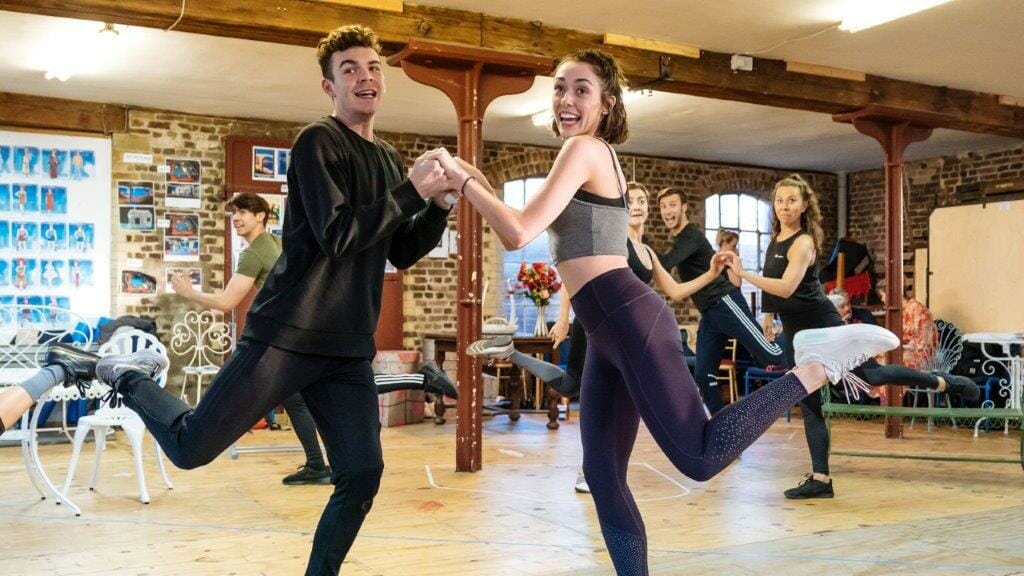 First look rehearsal images have been released for Matthew White’s revival of Sandy Wilson’s The Boy Friend which opens at The Menier Chocolate Factory on 3 December, with previews from 22 November, and runs until 7 March 2020.

Sandy Wilson’s all-singing all-dancing love letter to 1920s musical comedies returns for the first major London revival in over 10 years. Set in Madame Dubonnet’s finishing school in the south of France, these perfect young ladies burst into song at the least provocation, and forbidden boy friends are forever popping through the French windows to sing and dance with them. Since its premiere in 1953, this light-hearted soufflé of a show has delighted audiences worldwide and has become one of the most well-loved British musicals of all time.

The Boy Friend opened in London in 1953, before a West End run in 1954, and ran for more than 5 years. The subsequent Broadway run in 1954 made a star of the then-unknown Julie Andrews. Ken Russell adapted it into a 1971 film with Twiggy who won two Golden Globes for her performance.

The Boy Friend at Menier Chocolate Factory in Rehearsal c. Manuel Harlan
1 of 6

First Look: Indecent at The Menier Chocolate Factory in Rehearsal