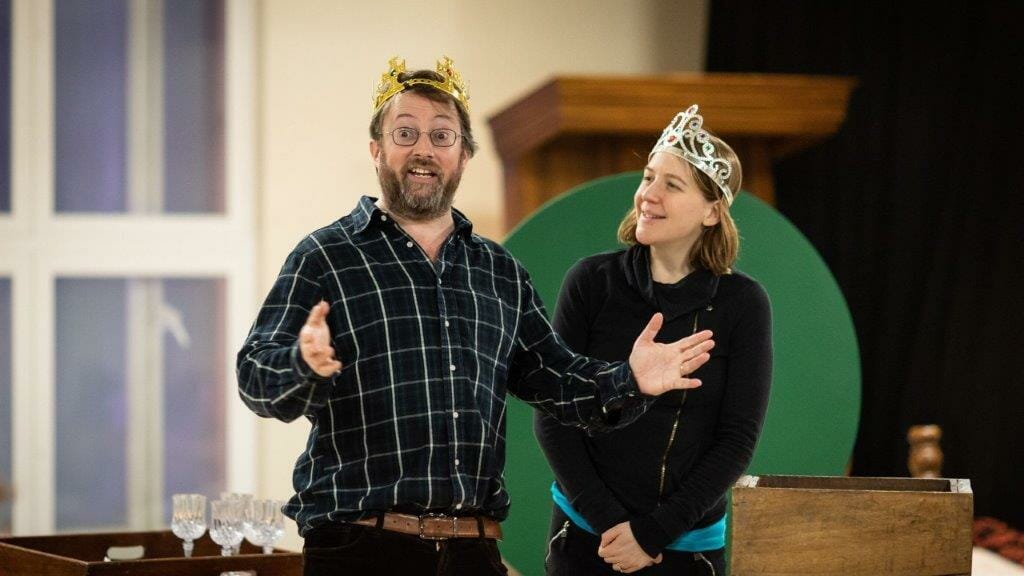 Rehearsal images have been released as David Mitchell is to make his West End debut in Ben Elton’s stage adaptation of the critically acclaimed BBC TV sitcom, Upstart Crow.  This all-new comedy – written especially for the stage and opening at the Gieldud Theatre on 7 February – will see Mitchell once more don the bald wig and bardish coddling pouch in his iconic characterisation of Will Shakespeare.

Joining Mitchell as Will Shakespeare in bringing their TV characters to life on stage is Gemma Whelan (Game of Thrones / Gentleman Jack) as Kate, Helen Monks (Raised by Wolves / Inside No. 9) as Susanna, Rob Rouse (Grownups) as Bottom and Steve Speirs (Stella / Rovers) as Burbage. Mark Heap (Friday Night Dinner / Spaced) who TV viewers will know as Robert Greene, will play a new character, Dr John Hall in this 11-week season, directed by Olivier award-winner Sean Foley (The Ladykillers, Jeeves and Wooster and The Miser).

The Upstart Crow in Rehearsal c. Helen Maybanks
1 of 6

Donmar Warehouse’s Production of Sweat to Transfer to West End