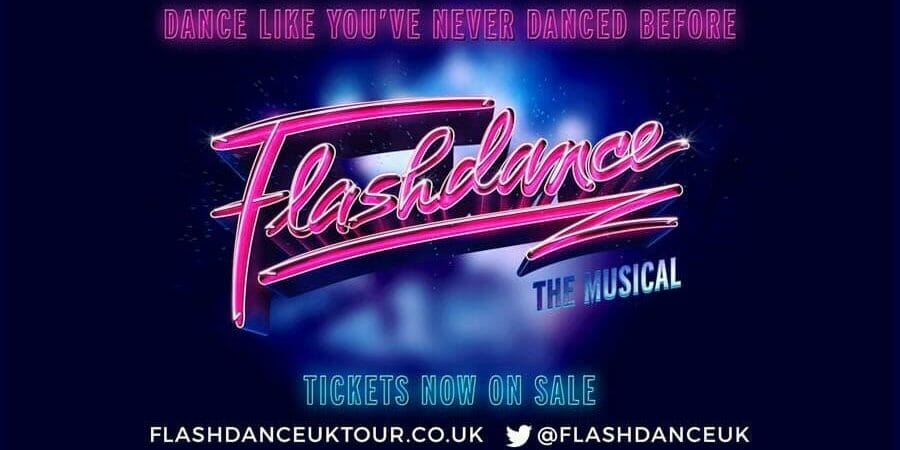 Flashdance The Musical to Tour The UK

FLASHDANCE – THE MUSICAL returns to the UK for the first time since 2011, and will arrive at Glasgow King’s Theatre on 31 July 2017 to start a UK tour, finishing in Milton Keynes on 21 July 2018.

Prepare to be blown away with an astonishing musical spectacle and phenomenal choreography to this iconic score, including the smash hits “Maniac”, “Manhunt”, “Gloria”, “I Love Rock & Roll” and the award winning title track “Flashdance – What a Feeling”. Produced by the award winning team at Selladoor Productions – producers of Footloose, Avenue Q and Little Shop of Horrors – and Runaway Entertainmant – producers of In The Heights, Guys and Dolls and Lazarus, FLASHDANCE – THE MUSICAL is not to be missed!

FLASHDANCE – THE MUSICAL tells the inspiring and unforgettable story of 18 year old Alex, a welder by day and ‘flashdancer’ by night, who dreams of going to the prestigious Shipley Dance Academy and becoming a professional dancer.  When a romance complicates her ambitions, she harnesses it to drive her dream.

Based on the Paramount Pictures film (Screenplay by Tom Hedley and Joe Eszterhas, story by Tom Hedley) Flashdance is an inspiring musical about the power of holding onto your dreams and love against all odds. Flashdance proved a hit with audiences, and remained in the Top 10 Box Office in the States for 15 weeks after release. The original score also proved hugely popular, with the soundtrack album selling 700,000 copies within two weeks of release. The platinum selling hit title track “Flashdance – What A Feeling” won both an Academy Award and a Golden Globe in 1983, with the soundtrack winning the Grammy Award for Best Album of Original Score Written for a Motion Picture or a Television Special in 1984.

For full details of tour venues and dates, visit www.flashdanceuktour.co.uk