The play was originally scheduled to be presented at last year’s Fringe with the plans then pivoted to a digital sharing in light of the Covid-19 related restrictions. With only a few days of outdoor filming achieved due to Storm Francis, the Company had decided to instead produce a documentary film charting the story of the show and its production, Doppler – The Story so Far, which was released for free in March 2020 and watched by almost 10,000 people worldwide.

Grid Iron is also thrilled to reveal it is one of a group of 15 shows and five venues awarded first ever Fringe Artist and Venue Recovery Fund.

Judith Doherty, Chief Executive and Co-Artistic Director of Grid Iron Theatre Company said: “After this roller-coaster of a ride that was Doppler – from the seed being planted in Ben Harrison’s mind when he read the book almost 3 years ago and plans for a Festival 2020 run, through to a digital sharing and finally the documentary – we could not be more excited to announce our 2021 plans for a live, outdoor sharing of the play.

“We are so grateful to the Fringe for this grant because it will allow us to provide BSL interpreted performances as part of the run and other access materials to make sure that our audience, although small in number, can be wide in reach.”

Doppler is an adaptation of a satirical novel by a Norwegian writer Erlend Loe, translated to English by Don Bartlett and Don Shaw. It focuses on Doppler, a man who, following the death of his father, decides to abandon his family and move to the forest on the outskirts of Oslo. He is determined to live a life as far removed from his previous as possible but struggles to maintain his isolation as his existence garners a lot of unwanted attention.

Produced and presented strictly following Scottish Government’s safety guidelines, Doppler will be staged outdoors and feature a small cast of four. Further information, including venue, dates and cast, will be announced in due course. 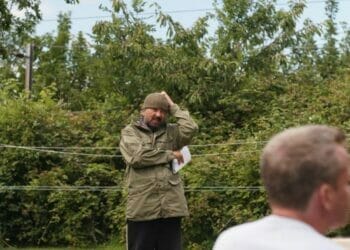