After a hugely successful five-star-rated run at the Edinburgh Festival Fringe in 2018 and a sell-out 2019 UK tour, Gyles Brandreth has rescheduled his one-man show, Break A Leg!, back on the road and to a whole host of new venues across the UK from September until June 2022.

This is Brandreth unleashed on the stars he’s known and the theatre stories that have made him laugh – and occasionally cry. Without hesitation or repetition (but just a touch of deviation), in Break A Leg! joyful Just A Minute regular Gyles delivers a dazzling two hours of wit, wisdom, high drama, low comedy and hilarious name dropping.

They say that all political careers end in tears, but in the case of Gyles Brandreth, it’s tears of laughter as his glittering career simply goes from strength to strength.

He won the Most Popular Show At The Fringe Award when he first took a show to the Edinburgh Festival Fringe and received a record number of five star reviews every time he’s appeared at the Pleasance, with even more Sold Out signs appearing outside venues during the first leg of his UK tour earlier this year.

Break A Leg! Will play London’s Cadogan Hall on 17th September 2021. Tour details and ticket information can be found here. 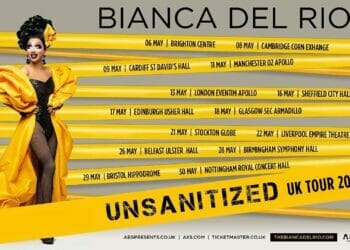