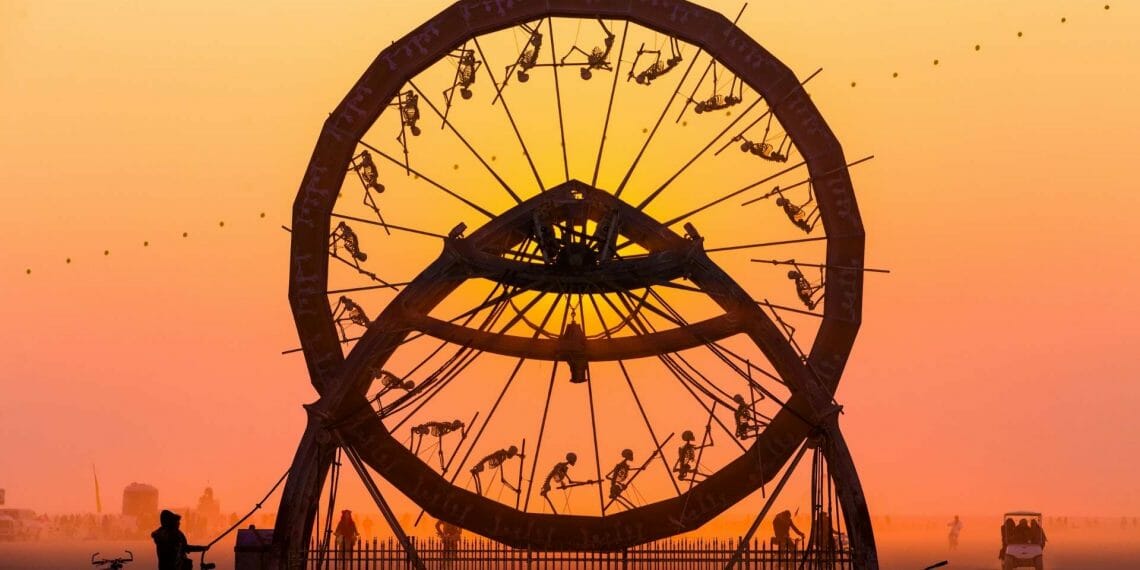 GDIF’s full programme of outdoor theatre, installations, dance and circus includes a total of 25 premieres (12 UK premieres and 13 new to London) and a spectacular opening headline event which will be revealed in June.

For 2022 GDIF welcomes a record number of international artists from countries including Spain, Germany, Flanders, Italy, France, The Netherlands and The United States. Last year GDIF attracted over 75,000 visitors to the festival and this year numbers are expected to top 80,000 at events presented in a range of public spaces across Greenwich and East London.

This year’s festival theme of Common Ground sets out to remind us of the importance of shared values, rituals and togetherness. Artistic Director Bradley Hemmings MBE said today “As we emerge from the pandemic, with growing economic challenges at home and terrifying events on our doorstep in Europe, I want this year’s festival to offer audiences a moment of sanctuary from the anxious times that we’ve been living through. It’s heartening that many of the incredible artists we’re working with this year are using the outdoors to offer us a glimpse of collective possibility and purpose”.

Peter Hudson’s Charon breaks new ground in kinetic art, by drawing on collective energy to animate a breathtaking installation. This epic, 32ft high, rotating zoetrope adorned with rowing skeletons was originally created for the Burning Man Festival and will become the centre-piece of a new Royal Docks festival destination site in Canning Town. Each night, bathed in light and sound and powered by volunteers, Charon will animate and evoke the mythological Greek ferryman of Hades, whilst bringing the spirit of Nevada’s Burning Man Festival to East London.

From Germany, artist Stephanie Lüning presents a visually extraordinary intervention in public space with Island of Foam: Version XVIII, an explosion of rainbow coloured foam, unleashed in dramatic style. Presented for the first time in the UK at Greenwich Peninsula, wondrous plumes of multi-coloured foam envelop and transform architectural features as audiences are invited to observe and interact with this ephemeral and entrancing spectacle.

Afro street moves collide with tech and visuals in CROWD_CTRL. Featuring a cast of afro-battle dance champions, fresh motion graphics on an LED wall and illustrations by graphic prodigy Wumzum, CROWD_CTRL is a dance & digital exploration styled into a live graphic novel – created by choreographer Malick Bright AKA AndroidX in collaboration with MHz scenography. This high-impact dance and digital experience is a highlight of this years On Your Doorstep programme which brings outdoor arts into the heart of local neighborhoods.

Sleepwalker is a rich and emotionally charged duet created in collaboration with The Royal Ballet’s Kristen McNally, Alexander Campbell and disabled dancer Joe Powell-Main, challenging perceptions of movement and form, the work will be presented as part of Dancing City at Canary Wharf, a two-day annual dance takeover of the metropolis, which has become one of the much-loved bedrocks of the festival.

Also at Dancing City, Migrare tells the timely story of four migrant women as they search for a new place to call home. Through impressive physical storytelling and stilt choreography this poetic and powerful production by Spanish Cia Maduixa invites audiences to reflect on the obstacles, invisible barriers and prejudices refugees who have been forced to flee their homeland endure.

Voguing culture explodes into the heart of historical Greenwich with a specially commissioned premiere entitled House of Oak and Iron conceived by Liverpool based voguing legends House of Suarez – creators of Statues Redressed (Sky Arts) and the annual touring Vogue Ball that celebrates vogue culture as an independent artform. Forming part of the events taking place during Greenwich Fair, (GDIF’s annual one day festival of street arts), this arresting performance explores historical colonial and contemporary perspectives on Maritime Greenwich, from a uniquely Black and Queer perspective.

A playground at dusk provides an evocative setting for audiences to experience Fevered Sleep’s brand new immersive audio promenade piece The Sky Is Filled With Thunder. Working with children from Thamesmead’s Windrush Primary School, this innovative participatory theatre company celebrates the imaginative intelligence of children, capturing their voices in all their emotional complexity; their dreams, hopes and fears in this multi-layered soundscape.