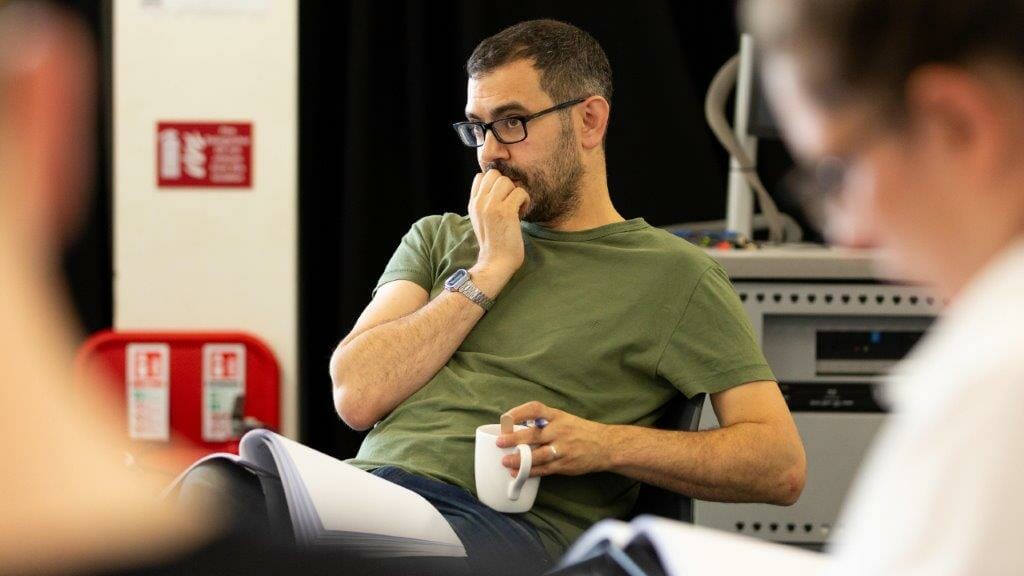 Playwright Daniel Kanaber talks about his new play Under Three Moons which Manchester theatre company Box of Tricks will be premiering in September.

Daniel Kanaber has had plays performed across London and in festivals in America, Canada and Croatia. His first full-length production, Shiver, ran throughout February 2014 at Watford Palace Theatre. He was selected by HighTide to be part of their Escalator scheme; an early extract of the play was performed at HighTide Festival 2015.

Under Three Moons opens at The Lowry Salford from the 24-28 September and then tours until the 2 November.

Your new play, Under Three Moons will open at The Lowry before heading out on tour, what can you tell us about it?

It’s a funny one to talk about as in some ways it’s quite a simple play but it’s also quite ambitious. It follows two boys’ friendship through adulthood and into fatherhood, so the play spans thirty years. But we only see three nights from that time. The three nights they share a bed; a school excursion, a surfing trip, a Christmas holiday. It’s not just the story of what happens to their friendship but also how that friendship changes them.

A few things happened all at once. Some serious, some not so much. I became a father, two friends had what they described as mental health episodes and I went on a terrifyingly macho stag-do. To be honest the first two events probably just got me thinking and discussing the ideas that later went into the play, but it was the stag do that formed the idea for me, seeing all these decades old friendships butt up against each other, it was funny and stupid and sweet and all a bit much all at once.

The play spans three decades, what was the most difficult thing about writing that structure?

Being consistent. In terms of character and narrative. The way each character behaves has to be internally consistent but also change almost completely outwardly as they’ve grown over half a lifetime throughout the play. And also making all the timelines match up so the different narrative threads met and fit. But that was also the fun of writing it. Creating something with a big sweep whilst keeping the focus on small personal details. Because for all the big themes and structural fun of the play it’s fundamentally a story about a friendship.

Do you think male friendship and men’s mental health needs to be tackled more often on the stage?

I honestly don’t know the best way to help challenge the stigma around mental health and particularly male mental health, but I know talking about it has got to be part of the answer. And as a playwright this was the best way I could contribute to that.

What do you hope audiences will take away from Under Three Moons?

It feels odd saying this having just talked about mental health, but I hope people leave having had a fun night out. It’s a fun play, honest. But maybe I’d also want them to think about people to whom they need to reach out, whether that’s to ask for help or to offer help. It’s a play about intimacy so I’d want people to feel closer, or want to feel closer, to the people that matter to them.

What would you say to anyone thinking of coming to see Under Three Moons?

If it sounds up your street, come see it, you’ll love it. If it doesn’t sound like your cup of tea, it’s nothing like what I’ve made it sound like, come and see it anyway, you’ll still love it.

Full tour details and tickets for Under Three Moons by Daniel Kanaber can be found here.

First Look: Under Three Moons at The Lowry

Cast Announced for Box of Tricks Under Three Moons

Preview: Under Three Moons, a New Play by Daniel Kanaber