Darren Clark, the multi-award winning composer & lyricist of The Curious Case of Benjamin Button and The Wicker Husband has announced the launch of New UK Musicals, an online platform where performers and fans can purchase sheet music from some of the best new musical theatre writers working in the UK today.

New UK Musicals is a store of digital sheet music from a new generation of UK musical theatre writers. Where performers and fans can purchase fresh, new songs and connect with the writers who create them.

You’ve just launched a brand new website, New UK Musicals, what can you tell us about it?

It’s a site where some of the best new musical theatre writers in the UK can sell their sheet music and get it out to performers, students and fans. The writers retain almost 100% of the sales. I take a small subscription fee to cover my costs in operating and running the site. As I got deeper into the musical theatre community with my own writing it became clear that it was difficult for performers to discover new writing for themselves even though there was so much of it about. The site currently has 20 writers/writing teams and includes some of the top writers working in the UK. Each has a maximum of 10 songs on the site to guarantee that the work presented is of the highest quality.

I didn’t want the site to become saturated with work so that people got discouraged in their search. There are over 100 extraordinary songs on the site at the moment. Visitors can search by genre, voice type, writer, musical and it’s all full sortable and customisable. There will also be backing tracks available on the site for sale. I wanted to keep things reasonably priced so every single song is £3.99, with £3.89 of that going to the writing team involved.

Where did the inspiration to launch a site like this come from?

It’s something I’d been thinking about for a long time. In the US, there is a site called New Musical Theatre.Com. Where some of the best US writers sell their sheet music. It was set up by writers for the writers so that they could get their work out to a wider audience. The Americans are so far ahead of the UK in terms of their support infrastructure for new musical theatre and so I thought I’d take a leaf out of their book.

How did you connect with such an amazing group of writers, and was it difficult to convince them to take part

To be honest, I’ve been involved in the world of new writing for about 9 years now and am a part of the MMD (Mercury Musical Developments) community. Most of the writers are those whose work I have seen regularly performed and I have come to know them personally over the years, competing against them in competitions, going to see their shows and cabarets.

Obviously, I don’t want to limit the site to those writers who I know, and as the site grows I plan to open it up to submissions from other writers who can demonstrate work of excellent quality. It wasn’t difficult to convince these writers to come on board. Most have known and trusted me for a few years (the fools!) and so they know I’m not trying to exploit them! It was also fairly clear that they were very keen to be part of a site where their work could reach a wider audience.

How are all the writers featured on the site supporting each other?

When I was designing the site I wanted to have a way to open up the maze of new musical theatre. If for example a fan of a writer would likely go to the page of that writer and buy their songs. The question was how I could get that fan to check out the work of other writers… so I decided to ask the writers to provide recommendations of other writers they knew and why. So, when someone goes to their page, there will also be a link to another writer that they recommend. It was lovely reading all the recommendations. Some recommendations are for people who aren’t on the site and I thought that was equally important, after all it’s not just about us. The community is much larger than you might think!

What was the biggest challenge you faced setting the whole thing up?

Really it was coming up with a business plan and model. I’d never done that before and I had to learn from scratch. What would be sustainable? How would I run the site and still have time for my own writing? How would I make it financially viable for everyone? These sort of questions were the questions I’d never faced before. And then once that was set up it was figuring out the best way for the whole site to be designed and set up. How to make a fully customisable online catalogue of songs? That was tough. But fortunately, lockdown and the cancellation of several of my shows meant that I had a little bit of free time to figure it all out!

What can you tell us about the competition you are running for the launch?

It’s a way to get people involved in the site. Essentially each writing team has selected one of their favourite songs. Competitors will still need to purchase a song in order to take part, after all that’s the point and they’re gaining a new piece of repertoire regardless of any success in the competition. Once they’ve bought their song, they need to learn it and submit a video of themselves performing it. We’ll be posting the videos on our facebook page and the most number of likes wins. Prize includes 5 free downloads from the site and also the opportunity to perform their winning song, alongside West End stars in a special edition of Adam Lenson’s SIGNAL Online Concert on the 16th June.

What do you hope to achieve with New UK Musicals?

To be honest, my main aim was to bring to the attention of the fans, the public, performers the wealth of new writing talent in the UK. Often the big opportunities and commissions go to established songwriters from other fields who have no experience or commitment to the art of musical theatre. And often the excuse given by the commissioners is that they don’t know where to find the new talent. I hope that by providing a service that will spread the word and talent of new writers that more opportunities will be given to the artists who have committed themselves to the medium of musical theatre. That’s my hope. But also, if the writers can make a bit of cash to support their writing then that’d be great. 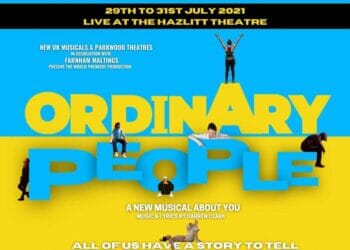 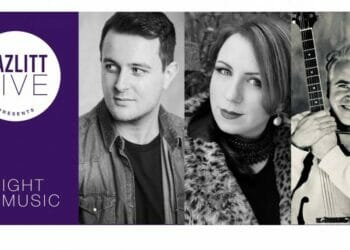 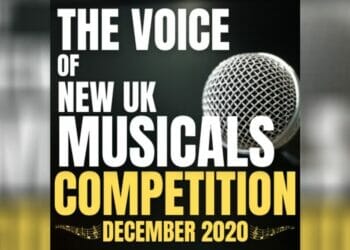 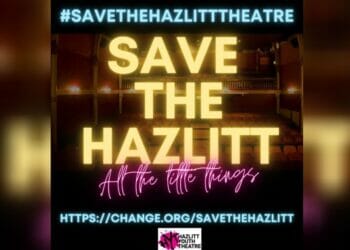 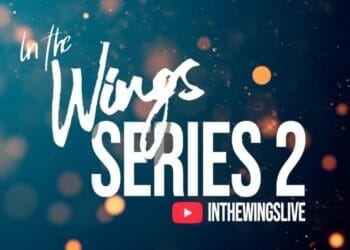 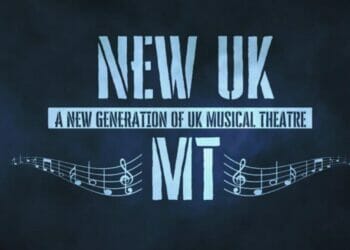