Theatre Weekly
Home Interviews Interview: Hannah Miller on The Snail and the Whale at The Apollo... 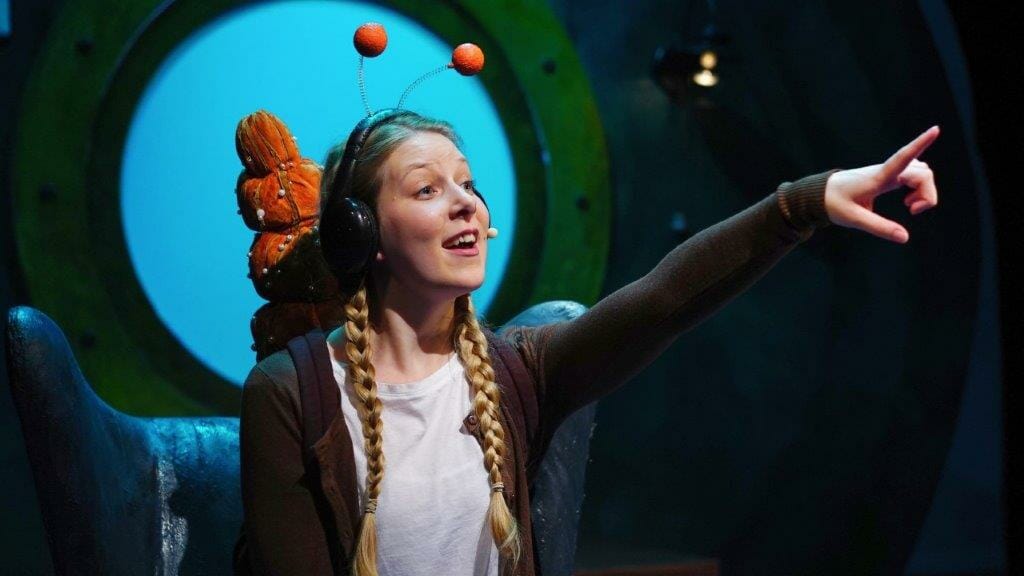 Hannah Miller stars in The Snail and the Whale at the Apollo Theatre, performing for a limited run from 30 November 2019 to 5 January 2020.

From Tall Stories, the Olivier Award-nominated producers of The Gruffalo and Room on the Broom live on stage presents the West End premiere of The Snail and the Whale which is inspired by Julia Donaldson and Axel Scheffler’s much-loved picture book of the same name.

Book The Snail and the Whale Tickets

You’re starring in The Snail and The Whale at the Apollo Theatre, what can you tell us about it?

The show is inspired by the Julia Donaldson and Axel Scheffler picture book. The story is about a tiny snail who longs to see the world and hitches a lift on the tail of a humpback whale. Their adventure is going swimmingly until one day the whale gets beached in a bay and it’s down to the tiny snail to save him. In the Tall Stories production this story is reimagined through the eyes of a young girl (played by me) and her dad, and it’s brought to life through physical storytelling, live music and a lot of games.

She’s adventurous, playful, brave, determined, resourceful, strong-willed and full of joy for life. Also, she really likes to be the winner!

Why do you think Julia Donaldson and Axel Scheffler’s much-loved book makes such a good stage adaptation?

It’s just a brilliant story! There’s a great message at its heart, that even if we feel small, we can do great big things. Julia’s rhyming verse is so charming and memorable and we use every line from the book in the play. Axel’s beautiful illustrations gave us great visuals to work from too. You’ll even meet a couple of the background characters from the illustrations! I’ve a particular penchant for a penguin, played by the dad, who pops up for his moment in the spotlight.

This isn’t your first time performing for young audiences, what’s the best thing about entertaining children in the theatre?

For some it will be their first experience of going to the theatre and that always feels very special. I love how accepting young audiences are, they’re ready to take an imaginative leap with you. They react loudly and truthfully telling you unashamedly what they think – often in the form of hilarious, perfectly timed shout-outs during a show!

What’s been the biggest challenge in bringing this story to the stage?

The story is pretty epic. A massive mammal and a minuscule mollusc aren’t exactly the easiest characters to put on stage! But the challenging scale and geography of the story has forced the show to be really imaginative and full of creative ideas, I think that adds to the magic and wonder of how we tell the story.

What would you say to anyone thinking of coming to see The Snail and The Whale?

Yes, please come!  Expect a lot of silliness and a lot of heart. It’s definitely a show to be enjoyed by grown-ups as well as children. From den building to ninja crabs and karate catfish, you’ll go home with new ideas of how to play – potentially involving bicarbonate of soda and vinegar, and definitely involving water pistols.

First Look: The New Cast of Everybody’s Talking About Jamie