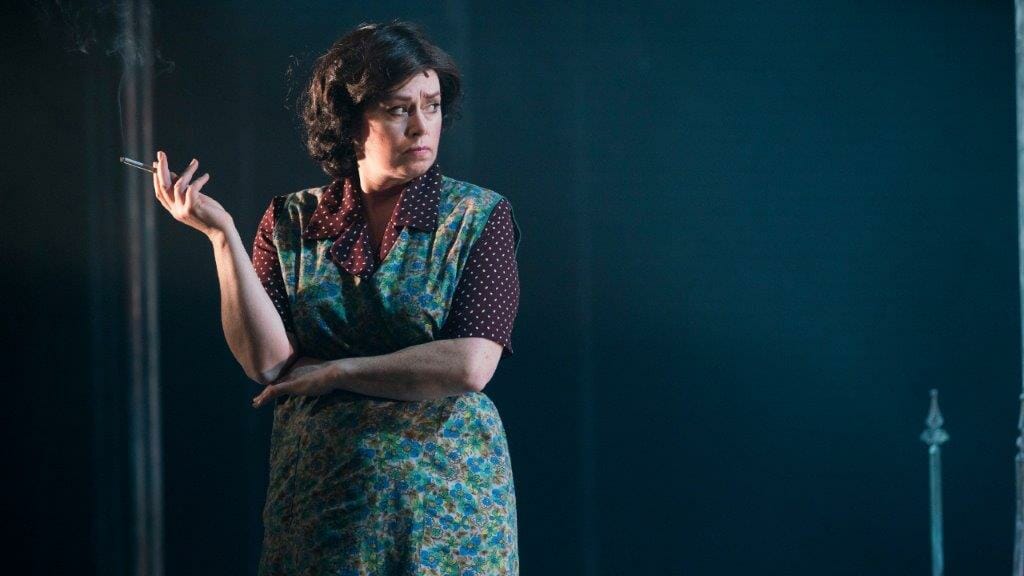 Jacinta Whyte stars in the critically acclaimed Irish production of Angela’s Ashes – The Musical, which will make its UK premiere this autumn, playing the Ashcroft Theatre at Croydon’s Fairfield Halls from Tuesday 24 September – Saturday 5 October.

Irish musical theatre legend Jacinta Whyte returns to the production to star as Angela, alongside Eoin Cannon as Frank and Marty Maguire as ‘Malachy’.

Described by The New York Times as a “stunning memoir” back in 1996, the publication of Frank McCourt’s Angela’s Ashes caused a literary sensation. The book climbed quickly to the top of that newspaper’s Bestseller lists and remained there for nearly three years, selling 4 million copies in hardback alone. Since then, sales of over 10 million copies worldwide have become a phenomenon continuing to attract a global readership.

Why is this character appealing to you?

Angela McCourt is such a strong woman, she’s knocked down constantly but each time she finds the strength to get back up and survive. Primarily for her children. She has such huge depth as a character, there are fun moments as well as devastating times for her.

To get to play such an array of emotions every performance is something we all dream of and I feel privileged nightly. Of course, she’s an Irish mam like myself so that helps! My songs too are beautiful, especially Sing River Shannon.

Why did you want to return to the production?

When we played last time ‘round we knew instantly there was something special about this piece. It tugs at the heart strings and makes you laugh the next. We had 40 performances and 40 standing ovations. I’ve been fortunate to have been in many productions down through the years but the only other time that has happened nightly in my career was on Les Misérables and Blood Brothers. Musically it’s so lovely. To get to originate a role is also something special so I didn’t hesitate when Pat Moylan our producer called.

Do you think the way the story is received has changed over the years?

The original novel is a Pulitzer prize winning novel and was widely read when it first appeared. The film was darker but our production stays true to the novel and Frank McCourt’s wonderful writing. So, I believe audiences will enjoy a different take on the story through the musical, albeit back to the original concept!

What have been your highlights of performing the show so far?

Taking the show to Bord Gais in Dublin and the prolonged first night standing ovation. We took 4 curtain calls. My family were all there. It was magical. We also met the Frank McCourt’s widow Ellen and daughter that evening, as we met his brother Malachy McCourt in Limerick recently. That was an incredibly special evening hearing tales of his mother Angela whom I play. She was an incredibly funny and witty woman.

How does it feel to be bringing the show to the UK?

A dream come true! I think anyone of Irish decent will adore the ‘true to life’ moments and our UK audiences will love the humour.

For me, although I’m originally from Dublin I have lived in the UK for 30 years so it’s wonderful to play this show on home turf.

Why do you think audiences should come to see the show?

It’s a lovely piece of theatre directed so beautifully by the genius that is Thom Southerland.

It’s as poignant as it is funny with such a lovely score written by Adam Howell.

It’s simple and uncluttered, the story takes you on this emotional rollercoaster by one of the best companies of actors and musicians I’ve had the pleasure to work alongside. We’re all so passionate about the piece.

You can’t help falling in love with it and you’ll go home humming the tunes I promise!