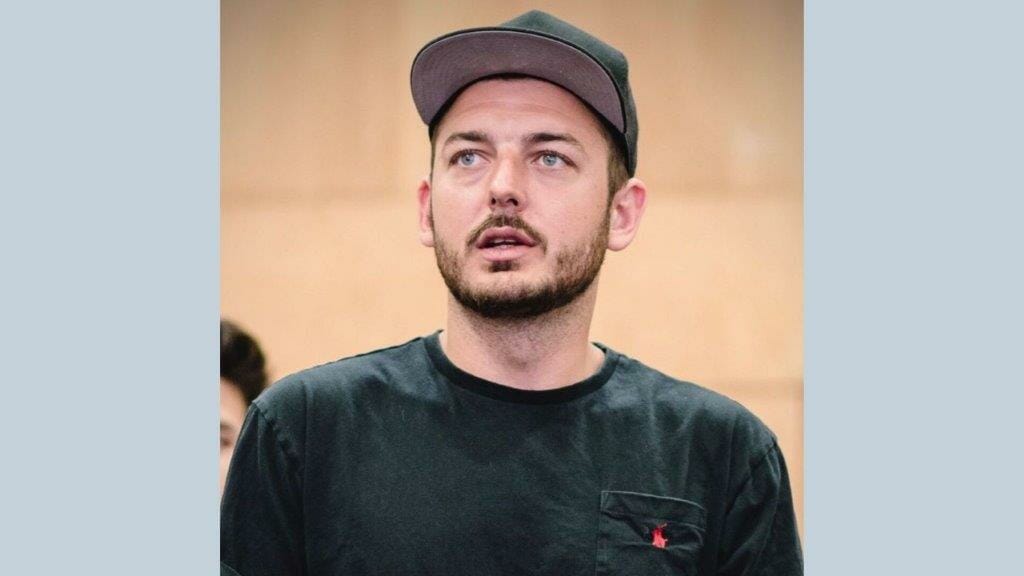 Sally Gardner’s extraordinary novel was published in 2012 and won both the Costa Children’s Book Award and the Carnegie Medal in 2013. Admired for its intelligent portrayal of a smart dyslexic teenager and expressionistic voice.

Maggot Moon directed by Jesse Jones is at The Unicorn Theatre 26th September to 27th October 2019.

You’re directing Maggot Moon at the Unicorn Theatre, what can you tell us about it?

Maggot Moon is a Dystopian thriller set in a fictional 1950s. The story follows a boy called Standish Treadwell on a mission to find out what has happened to his best friend Hector. While on that mission he comes up against an oppressive state, The Motherland, and finds out a humongous secret that he wasn’t expecting.

Why did this play appeal to you as a director?

I first read an article about the book and Sally about 5 years ago and it got me very interested very quickly. As a dyslexic person myself both Sally’s and Standish’s story jumped out at me. When I read the book, like so many other people, I was bewitched by the strength, vulnerability and power of Standish.

What has impressed you the most about how Sally Gardner has portrayed dyslexia in her original novel?

She never names it. Standish has the traits of someone who is dyslexic, that is part of his character, but it doesn’t define him. She writes about a boy that would appear to be dyslexic, living in a world that doesn’t value his biggest asset. His Imagination.

How do you think Jemma Kennedy’s stage adaptation carries this through to the stage?

Jemma’s adaptation is very true to the book. Over the course of 5 years we have worked together to find the best way to tell Standish’s story. Standish tells us; “See? I might not be able to spell, but I collect words. They are sweets in the mouth of sound.”. What we have come back to is the power of the spoken word to open a world of imagination. I hope that the production captures this.

What do you think will be the biggest challenge for you as a director in bringing Maggot Moon alive?

For the most part this is a play that is performed by one actor, our biggest challenge has been to populate his world. To find a way to make it deeply personal and epic in the same breath. We have found that the power of suggestion to create our world has been the biggest challenge and biggest joy all at the same time.

What would you say to anyone thinking of coming to see Maggot Moon?

I would say that it is aimed at younger human beings but is very much appropriate for older ones. I would say that this story, of a 15-year-old boy from the fringes of society finding his voice and standing up in the face of oppression, is vital in our uncertain world.