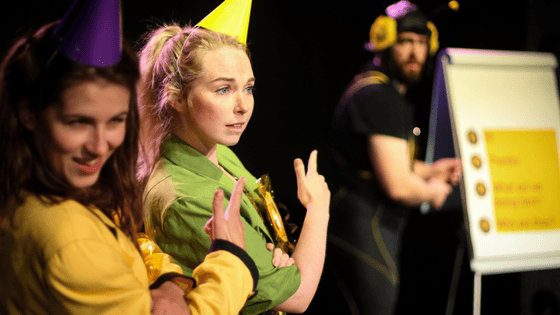 Me and My Bee Harry Elletson Photography and Design

Following their smash-hit run at Edinburgh Festival Fringe 2017, ThisEgg return with their award-winning comic family show enjoyable for everyone aged five and above, tackling climate change, the ecosystem and the disappearance of bees. Through a playful combination of storytelling, clowning, original live music and audience interaction, ThisEgg, invite you to save the world – one bee at a time.

ThisEgg asks audiences to join their political party – disguised as a party party, disguised as a show – as Me & My Bee questions what more can be done to help, before it is too late. The show is designed to help adults and children alike to learn about their effect on the ecosystem, how to care for the smaller things, about cause and effect, and how to respect the planet.

Can you summarise what the show’s about and how it came to be?

Recent media attention given to the plight of bees sparked conversations about how we can make a show to do more to help.

Apparently, Albert Einstein said that without the bees, humans have 4 years left to live. We rely on bees to pollinate one third of the crops we use as food.

Me & My Bee is a political party, disguised as a party party, disguised as a show. A family show, which, to us, actually just means that it for children AND adults. But, if we can get the next generation active now, the future starts to look better. At the end of the show we give the audience seeds, so they can go out there help save themselves by saving the bees. This show is just as much about humans as it is about bees, but bees are a good start.

What do you hope that the audience (children and adults alike!) will learn from the show?

We hope the show raises awareness not only about bees, but about their effect on our own ecosystem. We hope the show makes audiences think about how to take care the smaller things, cause and effect, and how to respect the planet we live on, before it’s too late.

Most of all we hope it empowers our audience – we want them to leave feeling like they can make a difference, whilst having a good time!

What are the highlights and challenges of creating and performing this show?

We had a lot of fun making the show. We chose what went in it which means we get to perform in a style we really enjoy (and hope the audience does too!).

There were challenges too, of course. I think the main one was knowing that there would be children in the audience. Children will tell you, and everyone else there, what they think. They won’t pretend they are not bored. They are our biggest critics.

One of the challenges was making an educative show which engages and entertains children and adults – the show is full of comedy and constantly surprising.

What’s your favourite fact about bees?

There are too many! They are SO incredible:

They have facial recognition.
They don’t pollinate the flowers in the nearest gardens in case they need emergency rations…
They can count to three.
They have no eyelids.
The list goes on.
And on.
And on.

What one thing can people start doing to help the bees?

There are so many things NOT helping the bees it all gets a bit much. Climate change is massive, urbanisation is growing at an alarming rate and we aren’t going to pretend we can take on a huge pesticide company with a load of scientific proof we don’t personally have, but, there ARE things we can do. One seed at a time… Plant wildflowers. Flowers are essentially bee food. Everyone needs food fuel.

One of the other things you can do, is make a bee hotel. Solitary bees don’t live in hives, but they do need somewhere to rest up and all you really need is some string and bamboo, so what are you waiting for?!

UNCONDITIONAL is a show I am making with my mum (my real mum).  She is a theatre maker too. We’re making a show about facing the monsters! It is going to be previewing 3rd-5th July 2018 at Battersea Arts Centre.

dressed. Is a collaboration between ThisEgg and Made My Wardrobe. Made My Wardrobe is a project and blog my friend Lydia started in 2016. After being stripped and sexually assaulted at gun point, Lydia set out to redress herself with a new healing set of armour. We are working with 2 more of our best mates from school (one is now a dancer and one a singer). It is about making something beautiful out of something dark and traumatic. It is a celebration of female performance and friendship.

And… whilst on tour, we bee lovers are doing lots of research for another family comedy, so do watch out for that one… 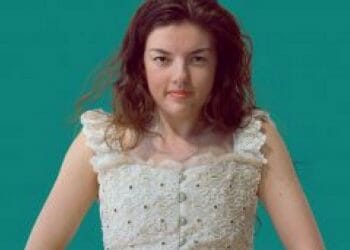 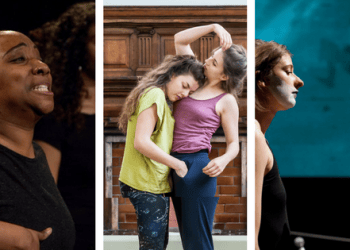 Preview: Me & My Bee at artsdepot