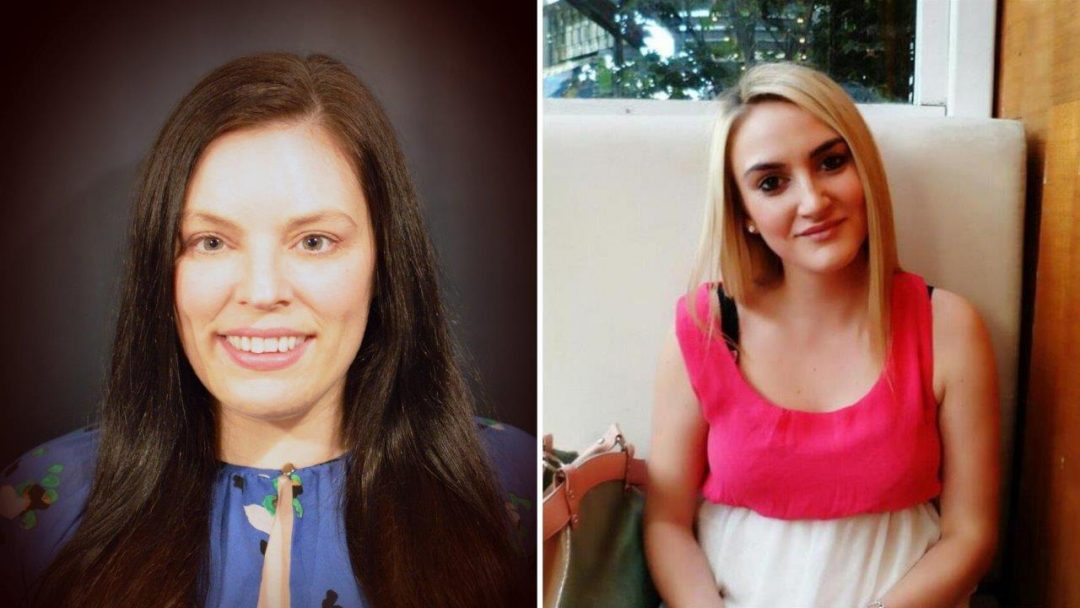 Presented as a double bill at The Bunker, Kat Woods’ Killymuck, starring Aoife Lennon and directed by Caitriona Shoobridge, offers an insight into how growing up on a council estate affects the present and informs the future. While Box Clever by Monsay Whitney, starring Redd Lily Roche and directed by Stef O’Driscoll, confronts us with the repercussions of systemic failure in politics to care about the benefits and working class.

Killymuck and Box Clever are at The Bunker until 13th April 2019.

Killymuck and Box Clever are coming to The Bunker, what can you tell us about them?

Kat: Killymuck is a darkly comic play about class, poverty and the struggle to escape. Killymuck is a fictitious housing estate built on a paupers’ graveyard in 1970s Ireland and is inspired by real events. The play sees Niamh navigate the trials and tribulations of being a kid from the benefit class system. Educational barriers, lack of opportunity and the oppressive structures that are implicit in the cycle of impoverishment, all seem to conspire against the will to abdicate the media constructed underclass stereotype.

Monsay: On the surface, Box Clever is a dark humoured show depicting a mother as she navigates her way through her new life in the aftermath of abuse. But it’s really a social commentary on the systems we currently have in place to support our vulnerable citizens and how difficult/impossible it has been made for vulnerable citizens to challenge these systems to give them answers when they f*ck up. Which happens.

Why did it make sense to you to present them together?

Kat: Both plays are darkly comic in their telling. Both represent individuals who have been sanctioned by the systems set up to help them. The trap of oppression and impoverishment is inherent to their struggle. Both protagonists share a similar will to better themselves to break out of the cocoon of poverty and inequality. Box Clever and Killymuck are plays that cross the British/Northern Irish divide exposing a narrative with shared experiences of class injustice.

Monsay: I think fundamentally what Killymuck and Box Clever share in common is honesty. Sometimes brutal honesty, sometimes loving honesty. And ultimately: whether the critic’s reviews end up being good, bad or indifferent; whether audience members can identify with the way these characters difficulties so easily turn into major obstacles; or whether they choose to question the objectivity of the playwrights instead – both plays are spoken from the heart. We are constantly fed negative information about low class women. And I think what myself and Kat have tried to do is go, ‘hang on a minute – enough is enough’.

Are there any challenges to presenting two productions together?

Monsay: The main challenges that tend to arise appear to be within how the production is framed. How do we draw the parallels that appear in the text to a working environment representative of both on the stage. Making these choices and drawing on the very real experiences of both Niamh in Killymuck and Marnie in Box Clever.

How do Killymuck and Box Clever fit in to this season at The Bunker?

Kat: I wrote Killymuck out of frustration with the middle class accepted norm of Theatreland. Frustration of class appropriation within theatre and performance. Frustration at the way the media represent the Benefits class. The media constructed stereotype on constant display. Frustration that the representation for groups who do not fall into the working-class narrative are actually completely ignored in arts conversations that pertain to be inclusive. We are constantly silenced and in essence become a minority within a minority. The Russian doll class effect.  I am not from a working-class background. I am from the underclass or the precariat (in accordance with the great British class survey). We are the lowest rung in the class survey and deserve a voice and representation by our own communities on stage. This is something that Chris (Sonnex – Artistic Director of The Bunker) recognised in both Box Clever and Killymuck and as he says, ‘Theatre exists to disrupt, challenge and interrogate the world that is put before us’. Box Clever and Killymuck are that disruption!

What do you like most about each other’s work?

Kat: Without a doubt Monsay Whitney is one of the greatest new writers of our generation. My initial reaction after reading Box Clever was awe and a bit of jealousy. Awe of the visceral pounding my brain had taken, the feeling that my heart was about to leave my chest as I grappled with the keyboard to re-read the last few pages. My retina couldn’t keep up with how fast I needed to gorge on Monsay’s words. It is the first time that I have read something that I could identify with. Truly identify with. As a child from a broken alcoholic home and having had the system fail us time and time again, I connected with so much as I poured over the text. Plus, it’s bloody funny and us Irish have to find the funny in adverse situations in order to soldier on.

Monsay: Killymuck was just a dream for me to read, not just because Kat’s smart and funny and honest and brave in her storytelling, but because we share many commonalities from childhood and we both know how it feels to be a child who grows up in the grip of absolute poverty. It is difficult to convey how severely diminished a child’s chances of success are by ‘absolute poverty’, or the feelings of helplessness, hopelessness, shame and failure that are thrust onto those children by society, but Kat does that effortlessly.

What would you say to anyone thinking of coming to see Killymuck and Box Clever?

Kat: Box Clever and Killymuck are plays that cross the British/Northern Irish divide exposing a narrative with shared experiences of class injustice. Audiences can expect to laugh, to cry, to feel empowered, connected, to challenge the existing class narrative and to leave the theatre space with a burning desire to fight against austerity!