Radio Elusia was commissioned and developed as part of Extended Universe by Boundless Theatre in partnership with Teater Grob, Entropia and Sala Beckett. The project is co-funded by the Creative Europe programme of the European Union.

Available on all major podcast platforms including Apple Podcasts, Spotify and Google Podcasts. Each of the five episodes will be 20 minutes in length. Read more about Radio Elusia here: http://bit.ly/RadioElusia

You’re starring in new podcast Radio Elusia, what can you tell us about it?

Where to begin. Radio Elusia takes place in the fictional dystopian city of Elusia, a place not too far a stretch beyond the reality we know to be true. It follows four young people through their unrest and rebellion against a government in which free speech and unsanctioned communication is illegal. We meet Raphael, a young man from Elusia broadcasting from an unsanctioned radio station on the 17th floor of an abandoned building leading an act of protest to his listeners using his most powerful tool: his voice. It’s been a real treat getting to play my character Joni, who you meet a little later on in the series. As a young actor it has been so refreshing to play such a headstrong, kind and inspiring female character.

Is this your first time acting in a podcast and how did you get involved with the project?

This is the first podcast I have ever been involved with, yes! I have been lucky enough to have had some previous experience in commercial voice over work back in my home town of Edinburgh. After graduating from Mountview, I was also lucky enough to secure a role in an audio musical with Evcol Entertainment. I got involved with the project through seeing the open casting call advertised on Twitter, actually! I was a little nervous turning up to the open call as the audition was with the entire production team but I feel so fortunate to have stumbled upon the casting as it was such a wonderful audition experience.

Do you need to think differently about your performance when it’s for a podcast rather than in a physical space?

There are certainly parallels to draw from performing aurally rather than within a physical space. The same level of preparation and detail is used to learn about and understand your character in order to create who they are within your body and voice as an actor. The biggest difference really is expression, as this has to solely come through your voice and be understood by the audience. The audience for a podcast can’t see the city, so it’s up to us to create that for them with just our words, which can seem a little daunting at first but is a really thrilling challenge as an actor.

What has impressed you the most about Nina Segal’s writing?

Nina has so perfectly captured what life in this strange city is like. I remember reading the audition sides when they were first sent through and being so gripped by the story and characters that I was so eager to listen when it launched, whether I was cast or not! The progression each character makes is so exciting to follow. Nina has created these young rebels to be so authentic that I feel everyone will be able to see a little sliver of themselves in each of them.

A treat. Really. It’s so rare to have the opportunity to work with such a forward thinking, progressive and truly caring company. From the audition process to our final day of recording we have been so supported by Boundless Theatre and it’s such a pleasure to be involved with Radio Elusia. My favourite memory from rehearsals was working with the amazing young creatives from We Are Spotlight who had been involved with the project way before the cast had even had a glimpse. Getting the opportunity to hear their thoughts on the characters and collaborate with them was a very special day and one I certainly won’t forget soon.

What would you say to anyone thinking of downloading the podcast?

Don’t think about it, just go and download it. Now. Do it. But on a serious note, it can be quite hard at the moment to pry my phone away from myself and I’ve found reading and listening to audiobooks or podcasts such a wonderful escape from the world around me. Radio Elusia instantly takes you away to somewhere new and immerses you immediately into the reality these young people are living in. We’d so love for you to listen and let us know what you think on social media! 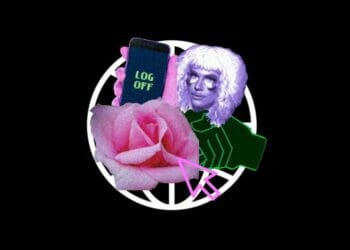 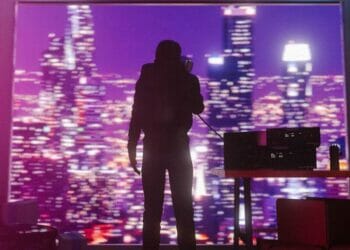 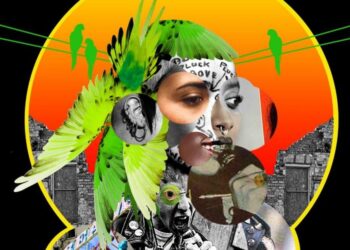