Neil McDermott and Gina Beck met over 20 years ago performing with the National Youth Music Theatre. Unbelievably, their career paths haven’t crossed since! They now live in the same village with their families and decided to come together during these unprecedented times to create an original theatre show for young people.

With two children each, they really wanted to make something for small people and their families to ensure that Christmas this year is as magical as ever. Meet Figgy and Cupcake, two of Santa’s Christmas elves. For 11 months of the year, Cupcake is a bright and bubbly bundle of joy. But come December 1st, all that changes – because Cupcake is The Elf Who Was Scared of Christmas.

The Elf Who Was Scared of Christmas is at Charing Cross Theatre 8th – 23rd December 2020.  Tickets are on sale here

You’re bringing The Elf Who Was Scared of Christmas to Charing Cross Theatre, what can you tell us about it?

Neil: The Elf Who Was Scared Of Christmas is the story of an Elf, Cupcake, who is afraid of the arrival of Christmas Eve when she knows she has to deliver presents to all the children and how another Elf, Figgy, uses his Christmassy ways to help her overcome her fears. Ending in a Christmas concert, of course!

It is a show for children of all ages that will get families into the Christmas spirit during these times. We feel very proud that we have managed to write, create and will perform an original story this Christmas at The Charing Cross Theatre from the 8th to the 23rd December.

Theatre and the telling of stories have been hit hard during this pandemic but we are coming back, the shows must go on, and we will tell stories again. With thanks to Danielle Tarento and Tarento Productions we are really looking forward to treading the boards again and providing some much-needed live entertainment

How did the two of you end up working on this together?

Gina: By sheer coincidence I moved to the same Berkshire village as Neil 4 years ago and we became friends again. As time went on and it became obvious that we weren’t going back to work any time soon we started brainstorming ideas about how to remain creative and to feel like we had a purpose again. We originally thought we might do a Christmas concert in our local village hall, which got expanded to a Christmas show for children which amazingly ended up being a professional production at The Charing Cross Theatre.

What’s it been like working together again after all these years?

Neil: Its really amazing that our paths haven’t crossed since performing with the NYMT many moons ago, and the fact that we know each other well as friends has not only made the process really enjoyable but also really easy as we have written the characters for ourselves. As we both have young children, we have managed to tailor the experience to one that we know our kids and hopefully all kids will enjoy. We’ve missed performing and being creative and to be able to do it together has been a joy.

Gina: Yes, it’s really been a life saviour, it’s very hard feeling like you’ve been cast adrift with no real purpose and your sense of self-worth starts to dip when you’re not doing the thing you love, and to work with Neil on something creative has been a much enjoyed and much needed experience for me.

What inspired the story of The Elf Who Was Scared of Christmas?

Neil: My wife and I run Mishmak Youth Theatre which is a group that focuses on devising shows. The inspiration for the idea of our show actually came from a conversation with one of our students who was telling me a story about how she was scared of Christmas. I was really interested in the contradiction of this story, so decided to adapt the idea to a couple of elves, one of which is scared of Christmas. There is a running theme in the show about anxiety and how to cope with anxiety and how to overcome your fears. We feel this is a really important issue, especially in these times, for children, and we hope our show will not only be enjoyable for families but may also give some insight into ways of coping with anxiety.

It’s been a difficult year for the industry, but even more so for the Excluded, what’s it been like for you?

Gina: It’s been incredibly tough, at first I thought that being excluded was going to be ok, I’ve been unemployed before, as actors we’re not afraid of changes in our working situation… but as time went on it became obvious that I couldn’t just sit around hoping it was all going to be over soon or that the Chancellor would change his mind. So, I launched my MT coaching business, started making baby gifts, delivering flowers, typing, anything I could do to earn money like so many people in our industry are having to do just to survive.

How does it feel knowing, that despite what this year has thrown at you, you’re still able to put on a show in London this year?

Neil: We are immensely proud that we have been able to take an idea to stage this Christmas. What it means is we have created an opportunity for ourselves to perform but also work for other freelancers in our industry, from those who will be working on the show in the theatre to those who have been involved in making our trailer and our show poster. Big shout out to everyone at The Charing Cross Theatre, to Al Bourne Productions, Alex Jackson Creative, Steven Luke Walker and Michelle Edwards who have done and are doing an amazing job on the show.

What would you say to anyone thinking of coming to see The Elf Who Was Scared of Christmas?

Neil: We would just say, please do book up and come along. Not only do we promise to get you in the Christmas Spirit but you’ll be supporting theatre and its freelancers during these difficult times for our Industry. Producers are taking big gambles to put on shows in this socially distanced environment and we all need you, the audience, to come along again. Many thanks in advance to all those booking up Christmas shows this year.

Gina: Yes exactly, we need to get the word out there that theatres are safe, that protocols are in place and that Christmas 2020 isn’t ruined! We have worked extremely hard to make our show as entertaining as possible, to give everyone a taste of Christmas magic before this troubling year finally comes to an end!

The Elf Who Was Scared of Christmas runs at Charing Cross Theatre from Tuesday 8th – Wednesday 23rd December  www.charingcrosstheatre.co.uk 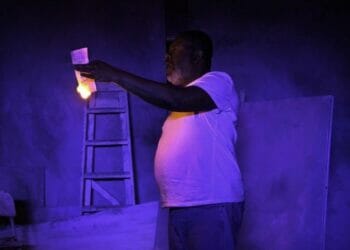 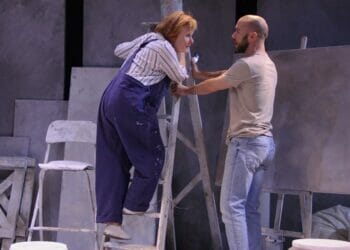 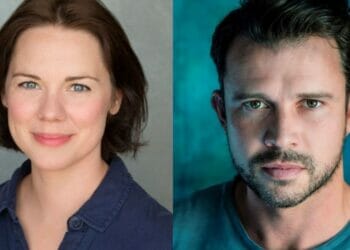 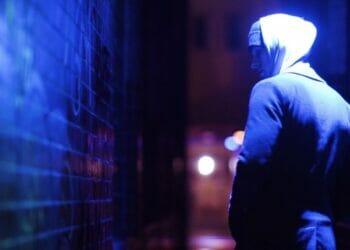 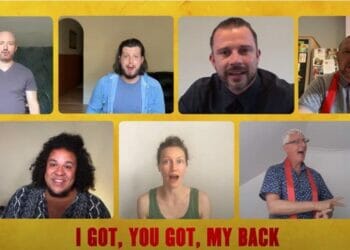