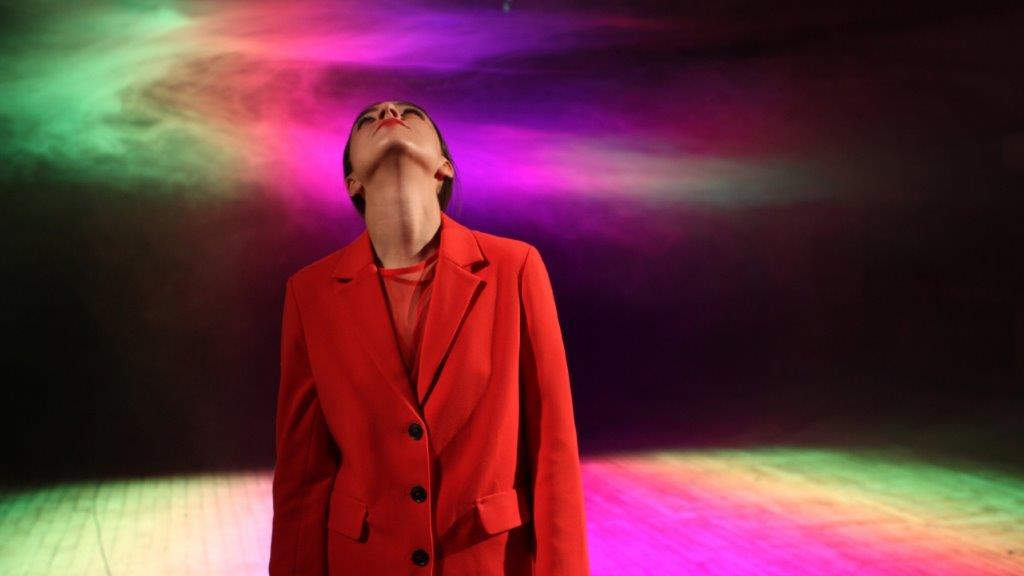 From deconstructing the social conventions of a night at the theatre, to exposing the silent sponsors lurking behind a theatre’s facades, this witty debut hour from Rosa Postlethwaite draws on her own personal experiences, as well as conversations with others about, working in the arts industry.

Rosa Postlethwaite is a performance artist, dramaturg and producer. On the boundary of theatre and live art, her shows use performance to respond to the systems of oppression that shape everyday life. Her early work took place in non-traditional performance spaces and in all her projects, whether they are in social clubs, theatres or workshop studios, she places attention on the specific cultural significance of where she and the audience are at.

You’re taking Composed out on tour, what can you tell us about it?

The show is kind of like a variety show, apart from there’s only me on stage. In the role of master of ceremonies I perform a series of acts based on traditional hosting rituals –  like thanking the sponsors or warming up the crowd. By using these established forms of communicating with an audience I aim to show how these ways of doing things reinforce the same old hierarchies.

Composed is about the often difficult relationship between a spokesperson and an institution, the allure of belonging to something bigger than yourself and the anger directed inwards and outwards towards the systems of oppression that you hold up.

What inspired you to write this show?

Composed is made up of different acts that I’ve been performing since 2016. The first was Without Whom We Would Not Be Here Tonight, which is the “thank you to the sponsors” performance. It came about after I saw an open call for Anatomy Cabaret in Edinburgh, they were looking for performances about money. I saw it as an opportunity to re-do something I had done in my life and felt conflicted about. It was a public thank you to a sponsor. Following this performance at Anatomy, I made some more cabaret acts taking hosting formats and re-doing them to point to what “just doing your job” reinforces. These performances became a way of checking myself.

Why do you think this makes such a great concept for a show?

I don’t think these conversations are new. But I think it’s always important to give time to thinking about how people, including artists, participate in systems of oppression. I think that a lot of people can relate to feeling conflicted by the work they do. Or the sense that their feelings are inconsequential.

Tell us about how Composed will adapt to each venue it will visit?

I rewrite a small part of the script for each performance. Which is based on the history of the theatre. There’s also a section which is improvised so that really changes based on my mood and who’s in the space.

The other thing is the size of the venue. My presence changes a lot in bigger spaces. My persona is much more grandiose in a big space!

What’s the most challenging thing about taking your first show out on tour?

The constant learning is a challenge! But maybe inevitable, as it’s the first one… I’m producing the show as well as performing so it’s been difficult to manage both sides.

Before even beginning to take it out, needing to confirm dates before securing  the funding to do the tour was really stressful. After working for a while to start relationships with venues (being unknown to them) it feels like a big risk to be in their brochure without knowing that you have the money. However, it takes a long time to confirm the bookings so you can’t apply for funding any earlier. It’s tricky. Taking on this risk felt very lonely.

What would you say to anyone thinking of coming to see Composed?

The performance is captioned, audio described and Relaxed. There’s pre show information on the Composed webpage here –https://rosapostlethwaite.com/works/composed/ which describes more about the experience.

The performance deals with some difficult stuff but it eases in. And despite anything I say as the master of ceremonies, you are absolutely welcome to make noise, move about, leave and come back whenever you want.