Theatre Weekly
Home Interviews Interview: Tama Phethean on Night Of The Living Dead LIVE at The... 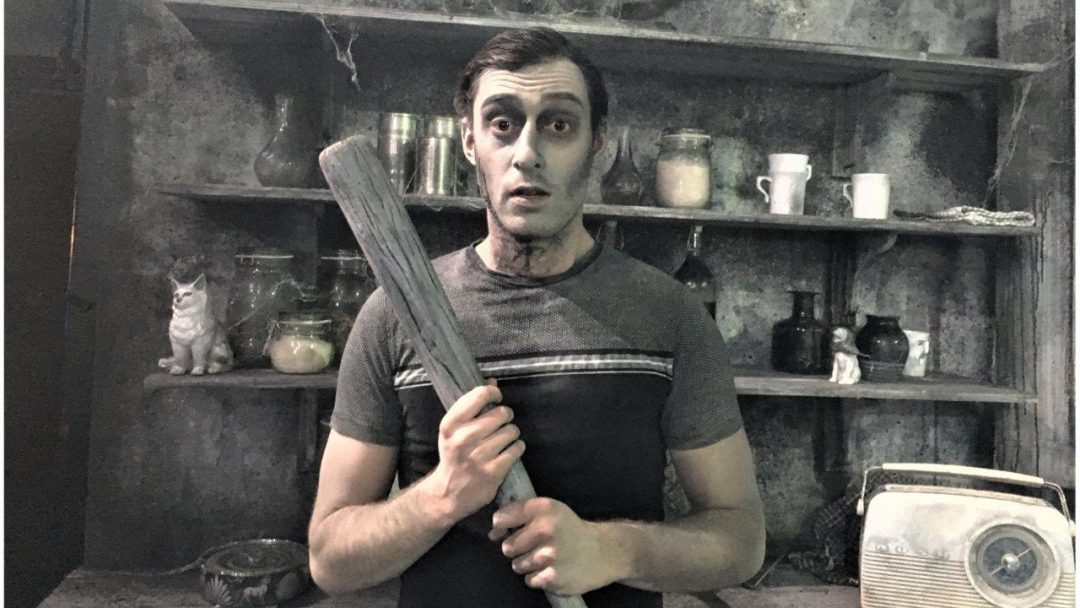 Hailing from South East London, Tama Phethean took up an acting career later in life, like most kids he wanted to play sports for a living, but despite only graduating from Rose Bruford in 2017, he’s already performed at Shakespeare’s Globe and toured with The Young Shakespeare Company.  Now he finds himself at The Pleasance Theatre, in the stage adaptation of George A. Romero’s 1968 film, Night Of The Living Dead LIVE!

Tama is excited about his latest role, “I saw The Toxic Avenger that Benji Sperring directed and loved it, it’s a musical and I don’t really do musicals, so when I heard he was taking on another cult classic that was a play I went for it. I’ve always dabbled with comedy but this is the first time I’ve had the opportunity to do, what in the second act, is essentially a comedic piece of farce, I’m really enjoying it.”

Night Of The Living Dead is a horror film which has attained cult status, so can audiences expect to see a horror or a comedy? “It’s genuinely both,” explains Tama, “The first act is almost verbatim of the film, but the characters we’ve just had to amp up a little bit for the transition from film to theatre, they are very different things.  We’ve found a way to make it theatrical, that was a challenge – how to get the scares in, as well as the comedy creeping in ready for it to explode in the second half.”

“The second half is a load of ‘what if’ scenarios, like how they could have survived if they had done things differently in the movie.  For people who know the film, they’ll love it, and people who haven’t will love it too, because it ends up being totally bonkers.”

In a nod to the classic film, Night Of The Living Dead LIVE! is staged in monochrome, “it’s a bit confusing on the eyes when you’re on stage,” laughs Tama, “in the second half there’s a lot of running in and out of doors, and last week I ran straight in to the back wall, it was completely my own fault, but all this make-up is covering a bruise on my face.”

It’s not surprising that in a horror play about zombies, the make-up plays a big role, “I have to do my face and arms, because I wear a T-Shirt, it’s taking me about an hour but I’m hoping I can find some shortcuts and get it down to 45 minutes.  We’ve got someone teaching us at the moment because I’m not very good at it, but it’s actually quite a therapeutic way to start off your day, and helps you get in to the character.”

Despite all the weapons on stage, and occasionally running in to a wall, Tama says he feels completely safe, “Everyone’s brilliantly cast, Benji has created a really nice vibe in the room, people who work in comedy are actually quite sensitive, because to be funny you are putting yourself on the line.  Benji made it a safe space where we were all chipping in to the process, trying different things as a team, and got it to the point where we are now. We’re messing around with each other all the time, but I feel very safe on stage with everybody, which as an actor is probably the ultimate goal, I can just do my thing and hopefully look after them while they do theirs”

Night Of The Living Dead LIVE! is at The Pleasance Theatre until 8th June 2019.

Review: Night of the Living Dead Live at Pleasance