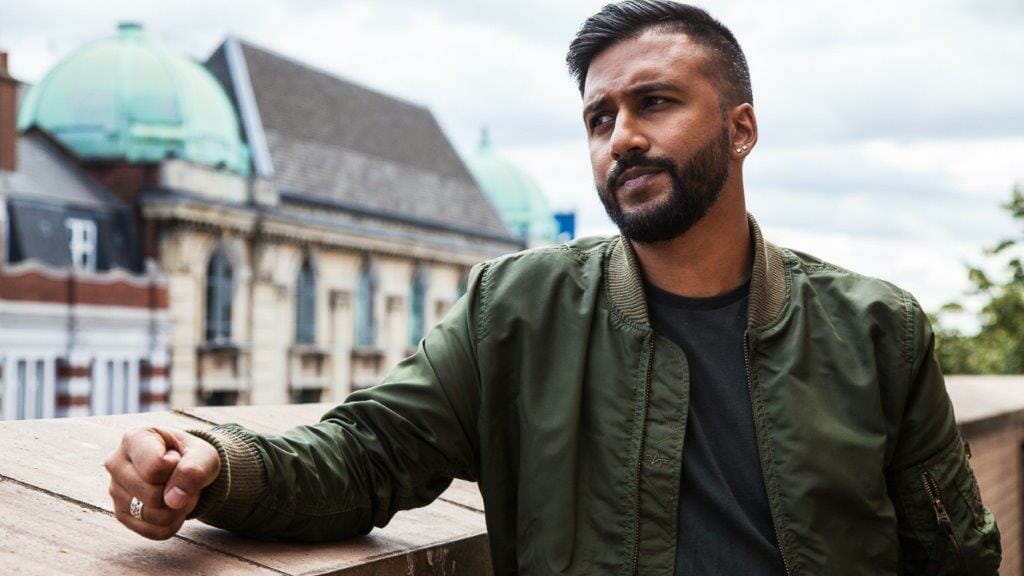 Celebrating two years as Artistic Director of Hackney Empire, Yamin Choudury and Hackney Empire’s leadership team plans to build on its commitment to community and championing of young people, alongside an exciting programme of work for audiences to enjoy, plus innovative collaborations with artists, venues and theatre makers round the country.

Since Artistic Director Yamin Choudury and Executive Director Jo Hemmant were appointed in 2018, the theatre has seen an average of 83% new bookers for many productions – a huge achievement for a 1000+ seater theatre in London. In 2018-19 there were over 62 productions with over 100,000 people attending, of which 43% come from the Borough of Hackney.

Congratulations on your second anniversary as Artistic Director of Hackney Empire, how are you celebrating?

Thanks! I have a cupcake with two candles in it at home.

What are you most proud of since taking over the role?

I’m most proud of the fact that Hackney Empire is still here after nearly 120 years! That we are still strong and that we are more resilient then ever in a shifting subsidised-sector funding environment. I can’t claim in any way that this is due to me, as opposed to the combined effort of an incredibly hardworking, sharp and dedicated team, but it feels good to be part of a team that has made measurable change. It means that hopefully the Hackney Empire that I benefitted from as a lost, confused and directionless young man, can continue to be a refuge and safe-haven for people, ideas and stories for generations to come. It’s too important not to.

You plan to continue your work with young people in the community, what will that look like?

Not only do we plan to continue our work with young people (and all people in our community), but we plan to continue to steadily review and improve our offer, always developing our ability to reach those that need us most. We are all extremely proud of the fact that this free programme of events, workshops and performances has impacted on as many lives as it has, in the way that it has, for the best part of a decade. Hackney Empire is and always will be; by our community and for our community, with people at the centre of how we think and operate at ALL times. I’m just a caretaker, Hackney Empire is owned by the people.

Why is that work with young people so important to you?

Because they have opinions, ideas and perspectives on the world that are too often overlooked. Because we don’t always recognise the significance in ALL people having access to the concept of ownership within their own development cycle. Because I want to equip them with information and support that I didn’t have access to when I was young, so they can be their full and exceptional selves. Because I’m tired of describing young people via their protected characteristics to assess their value. Because too many of them don’t vote regularly enough, because they don’t see how a wider society affects them. Because social media can be scary and I don’t want them to feel like that’s all they have. Because our education system is failing too many of them. Because I want them to be able to change the world in a way that I won’t be able to.

What’s been the biggest challenge of the role so far?

Understanding that the Artistic Director I aspire to be, is rarely, if ever just about the art. AND being willing to admit that I don’t and can’t have all the answers, without letting that provoke my imposter syndrome. AND that it is really hard when your identity and heritage is so wrapped up in your professional existence. But also that the challenge is a huge part of what makes it so important that we continue to thrive.

What would you say to audiences thinking of visiting Hackney Empire for the first time?

Do it! And please let us know what you think and what you’d like to see or do more of at Hackney Empire.

And take the train, because parking is a nightmare and the trains have air-con now…

Hackney Empire Announce Plans for The Decade Ahead

Clive Rowe, Kat B and Tony Whittle Return to Hackney Empire this Christmas in Dick Whittington and his Cat

Hackney Empire Announce Dick Whittington and His Cat as 2019 Pantomime