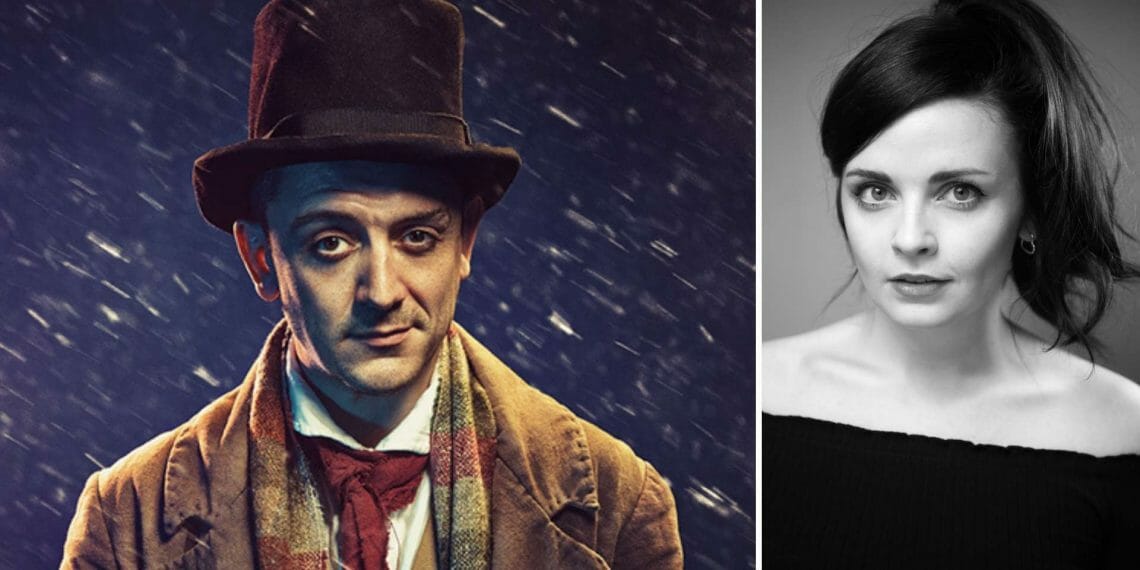 Olivier Award-winner John Dagleish stars as Bob Cratchit in an astute rewriting of Charles Dickens’ A Christmas Carol, having previously played the character in Jack Thorne’s adaption of the show at the Old Vic in 2017.

Alexander Knott’s Cratchit reimagines the well-loved tale of Ebenezer Scrooge from the perspective of Bob Cratchit. John Dagleish is joined by Freya Sharp.  As a hard frost descends on London Town, Bob Cratchit gets his own visit from the spirits of Christmastime. Catapulted forward through the years, the poorly paid clerk is shown a bleak vision of the future world: inequality and strife perpetuate, while the gap between the 1% and everyone else grows wider. Cratchit is a darker look at the Dickens’ tale of redemption, a call to arms against injustice and rallying cry for solidarity and fortitude.

Cratchit premiered online under the title December at the Old Red Lion in winter 2020. It was streamed to audiences at home during lockdown to critical acclaim. The play captured the troubled image of the future world shown to Bob Cratchit and fleshed out Dickens’ famously upbeat character, showing him to be a stoic but flawed man soldiering on against the odds. It has now been reworked in preparation for its live premiere at Park Theatre this Christmas.

Writer and Director Alexander Knott said “I could not be more excited to begin work on this festive retelling, alongside such a stellar team. Now more than ever, at the coldest time of year, it is vital to find the balance between the difficulties and hardship of winter that so many face, and the hope and promise that Christmas brings. John and Freya are superb, versatile performers and we are all looking forward to bringing this haunting, modern and ultimately uplifting winter’s ghost story to Park Theatre.”

MZG Theatre Productions recent credits include: The Show Must Go On! Live (Palace Theatre), Terrence Rattigan’s All On Her Own (stream.theatre), Private Peaceful (Bristol Old Vic & Barn Theatre), the Tonight At The London Coliseum concert series, The View UpStairs (Soho Theatre) and the Offie Award-winning revival of Kander & Ebb’s The Rink (Southwark Playhouse).