John O’Donovan’s Flights will run at The Omnibus Theatre in London. Funded by the Arts Council of Ireland, reunites the successful team behind John O’Donovan’s acclaimed 2016 debut play If We Got Some More Cocaine I Could Show You How I Love You, One Duck Theatre and director Thomas Martin (COLLAPSIBLE, ROSS & RACHEL, SIREN).

On a dark and stormy night, Barry, Cusack and Pa gather again for the anniversary of their childhood friend Liam – killed in a road accident when they were seventeen.

Expecting a crowd and tearing into the cans, the three slowly realise they’re the only ones coming. As they drink to their uncertain futures – and their receding youth – they’re forced to face up to home truths and the ghost that has held them together.

A haunting and darkly comic tale about bereavement, brotherhood and breaking away from your past. Award-winning playwright John O’Donovan (OLD VIC 12, ROYAL COURT WRITER’S PROGRAMME, BBC DRAMA WRITER’S ROOM) revisits rural Ireland and draws inspiration from his own experiences and observations growing up in a small Irish community. Flights also shines a light on the devastating impact austerity measures had on a generation of young people and the mass exodus that ensued.

John O’Donovan said: “I’ve been writing Flights on and off for about 5 years now. While I was sketching out an early draft, I got some bad news that someone from home had died by suicide. There was a few of us living over in London that weren’t going to be home for the funeral so we gathered at a pub in North London to share the stories we had of him.

I’ve had lots of nights like that over the years. The weird thing about them is that they’re usually quite good craic; getting together, telling stories and remembering stupid things you used to do and get away with.  A kind of magic rises up over you, like you’re all young again and no time has past. And underneath, the bad news is still there, making sure you take all this stupid stuff seriously, for a couple of hours at least. 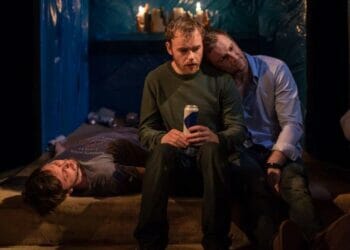 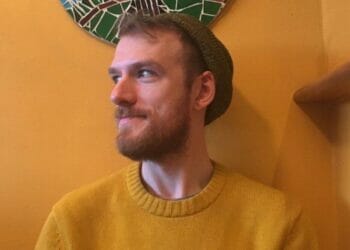 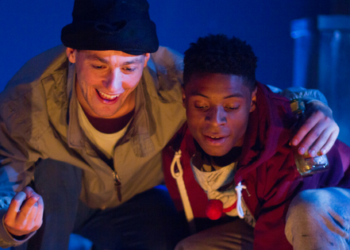 Preview: If We Got Some More Cocaine I Could Show You How I Love You