A heartwarming stage show charting the careers and relationship between Hollywood mother and daughter Judy Garland and Liza Minnelli continues its UK tour into Autumn at venues across the country.

The show is thought to have been one of the first shows to tour the UK post lockdown, coinciding with the Government’s roadmap for the easing of lockdown restrictions.

Judy & Liza is produced by Bill Elms Productions and On Song Productions; created and written by West End performer Emma Dears who appears as Liza Minnelli; with Francis Goodhand as musical director.

Emma performs alongside Helen Sheals, who plays Judy Garland. Together they belt out timeless classics with uncanny resemblance of Judy and Liza, bursting with their unrivalled and elusive star quality.

The incredible talents of two of the biggest names in Hollywood showbusiness – mother and daughter Judy Garland and Liza Minnelli – are reunited thanks to this sensational musical experience.  This dazzling production tells the turbulent tale of the stars against the backdrop of their infamous 1964 London Palladium concert. Audiences are taken on an emotional rollercoaster journey as they discover the uncanny parallels between some of Judy and Liza’s most iconic songs and their own personal lives.

The show features performances of iconic songs including Cabaret, Maybe This Time, Over The Rainbow, The Man That Got Away, The Trolley Song, and Together Wherever We Go.

Producer Bill Elms commented: “We are thrilled to announce another leg of the 10th Anniversary UK tour of Judy & Liza, it’s a show very close to my heart as I worked on the very first run. It is going to be very special tour, for many people, this will be their first show of the year, coming out of lockdown. We can promise audiences a safe and very memorable experience as they rediscover the joy of live entertainment through this captivating show.”

Writer and actress Emma Dears added: “It is with pure excitement that we can take Judy and Liza’s emotional and iconic story on the road. As performers, we crave being in front of a live audience – seeing, hearing and feeling their reactions, it gets no better than that. Whether you’re a fan of Judy or Liza, or both, their story is unique. The show is full of love, heartache, and passion, and Helen and I have worked tirelessly to make sure we get every tiny detail just right. Join us for an evening with the mother and daughter who really did put the ‘show’ into showbiz.”

To find out more visit www.judyandliza.co.uk 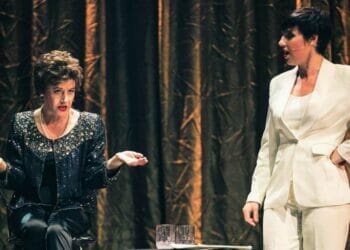 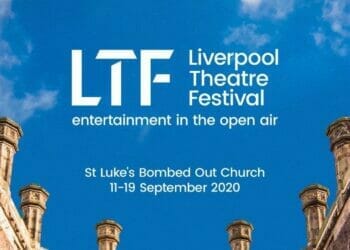