Luca Silvestrini’s Protein The Sun Inside

As part of ZOO’s 2020 eclectic digital Edinburgh programme, Luca Silvestrini’s Protein will present the UK debut of a new short film capturing the importance of sunlight during the lockdown period. The Sun Inside features video clips by 152 contributors from around the world, each interacting with light and shade through movement, and invites viewers to take a glimpse at the sun inside their homes.

The piece is part of the ongoing Protein 21 Reimagine programme, part of the company’s 21st anniversary celebrations. The Sun Inside is inspired by a film Protein and Roswitha Chesher made in 2008 during a residency at Evelina Children’s Hospital.

Luca Silvestrini said, “While adapting to a new life, we have been searching for and following the sun inside our homes; through windows and doors, in our gardens, front door steps and balconies, rays of sunlight have been framing spots of comfort and reflection, creating shadows and other intricate designs”

Protein will be joining ZOO, who would this year have been celebrating their 20th anniversary at the Fringe, as part of their new online streaming service ZOOTV which brings together festival favourites from the past two decades. As well as presenting The Sun Inside, Protein will also be streaming the critically acclaimed LOL (Lots of Love) which was first performed at ZOO as part of British Council Showcase in August 2011.

Luca Silvestrini’s Protein is one of the UK’s leading touring dance companies. This year, it celebrates its 21st anniversary and has announced a multi-dimensional celebratory programme to mark the milestone. As part of this, dance groups around the country were invited to create short works in response to Protein’s popular shows. Among those taking part were a rich mix of dancers, including secondary school students and the elderly, as well as trainee professional dancers.

Since its first production in 1998, Protein has cemented its reputation as one of Britain’s most distinctive dance companies, blending bold and clever choreography with a great sense of humour while connecting theatrical experiences with timely and relevant issues. The company’s 21st birthday celebrations draw on Luca’s choreographic practice and Protein’s belief that dance is for everyone.  At the centre of the celebrations is Protein 21, a programme designed to Remix, Reflect on and Reimagine the company’s work.

Formed in 1997 and currently one of the most distinctive voices in British dance theatre, Protein uses a blend of original choreography, humour and music to entertain and provoke audiences. The company’s idiosyncratic dance theatre is provoked by the everyday and its repertoire includes national and international touring show Border Tales, award nominated following a sold-out run at Edinburgh Fringe 2017, and award nominated The Little Prince. Protein will be one of the resident companies at Woolwich Works, a new arts centre opening in Spring 2021 in Greenwich, South London. 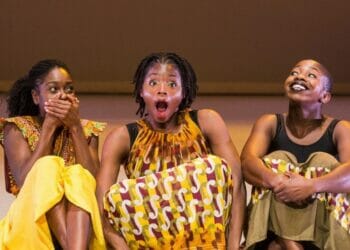 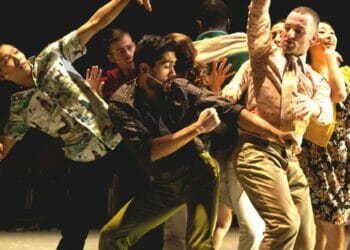 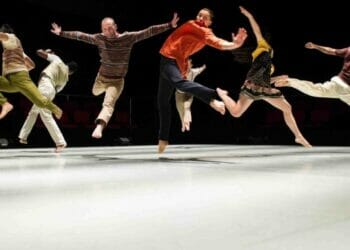