Artistic Director Paul Hart and the team at Newbury’s The Watermill Theatre are thrilled to announce that their summer season of outdoor performances has been extended, now booking until Sunday 6 September. When tickets first went on sale in late July, following progress with the government’s phased roadmap towards theatres re-opening to the public, demand was so high that the entire season sold out within 24 hours. Audiences from far and wide have been enjoying performances from socially distanced tables, seating up to 4 people maximum, in the idyllic setting of The Watermill’s glorious gardens.

Casting has been confirmed for the second show in the season – a concert version of Lerner and Loewe’s Camelot opening on Monday 17 August. Olivier award winner Michael Jibson (Best Supporting Actor in a Musical for Hamilton at the Victoria Palace, who has recently been seen in Quiz and 1917) will star as ‘King Arthur’. Caroline Sheen, a Watermill Associate Artist, whose previous shows at the venue include Under Milk Wood and Crazy For You, and whose other extensive musical theatre credits include Nine to Five at the Savoy, Les Misérables at the RSC, and Mary Poppins on tour in the UK and US, will star as ‘Guenevere’. Marc Antolin, whose credits include Little Shop of Horrors at Regent’s Park Open Air Theatre, Singing in the Rain at Chichester and Matilda at the RSC and in the West End, will play ‘Lancelot’. They are joined by a distinguished cast of actor-musicians – many of whom have performed at the Watermill previously, including Peter Dukes as ‘Mordred’, Chioma Uma as ‘Tom’, Tom Sowinski as ‘Lionel’, Tom Self as ‘Dinadan’, Sioned Saunders and Emma Jane Morton as ensemble. Making his professional debut will be 2020 graduate Damien James, as ‘Sagramore’.

The brand-new comedy devised version of Arthur Conan Doyle’s classic Sherlock Holmes tale The Hound Of The Baskervilles – directed by Abigail Pickard Price, starring Victoria Blunt, Rosalind Lailey and James Mack – opened to critical and public acclaim on 29 July. It will move to the Front Lawn of the Watermill with new performances from Wednesday 19 August, potentially enabling audiences to do both in one day, with the opportunity to enjoy al fresco lunch, tea and dinner from the restaurant.

To ensure the safety of all, strict social distancing measures have been implemented, and this includes significantly reducing the number of audience members that can be welcomed onsite at any one time. There are twenty tables available for each performance of Camelot on the back lawn and fourteen tables available for each performance of The Hound of the Baskervilles on the front lawn. Each table seats a maximum of four people from one party only. Tables are unreserved, and audiences can select a table on arrival. Each table is in its own 2msq area with space between neighbouring tables and aisles. Seats are uncovered, and performances will go ahead whatever the weather. There are hand sanitiser stations, a one-way system for accessing the toilets and signage to indicate routes and procedures. There is also free onsite parking in the main car park.

Paul Hart said, “For us to be bringing Camelot to life in our gardens with such an astonishing cast is an absolute dream come true. What I’ve always loved about the piece is that on the surface it offers complete escapism but its themes of idealism in the face of adversity and healing power of nature are incredibly pertinent.

I don’t think anyone could have anticipated the demand we’ve seen for tickets, which sold out in 24 hours, so I’m delighted that we’ve been able to add some dates through to early September including bringing The Hound of the Baskervilles back to run in rep with Camelot. This means we’ll be running two shows a day, every day and once again the Watermill is alive with (socially distanced) bustle!

We’re overwhelmed by the support we’ve received during this period. The focus and energy of our teams and freelancers to achieve impossible things gives me such hope for our industry at a time of continued and unprecedented uncertainty.” 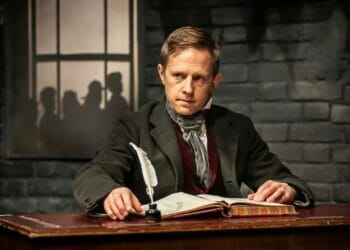 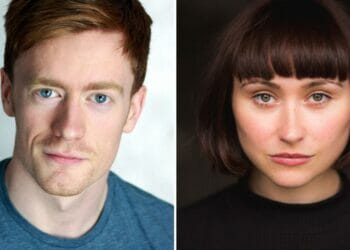 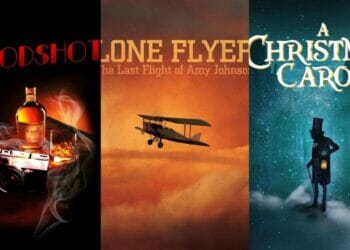 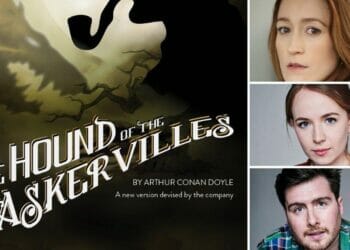 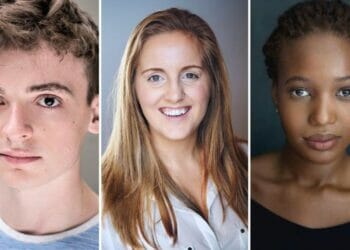 Preview: The Prince and The Pauper at Watermill Theatre 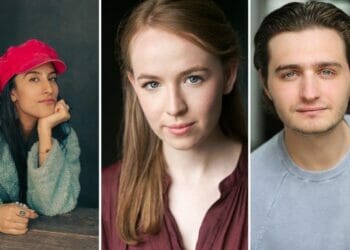