New Old Friends have created a festive comedy audio drama with short instalments released daily in the build-up to Christmas Day. The adaptation of their 2016 show Crimes Against Christmas is part radio play, part audio book. Created with long-time sound designer Fred Riding, New Old Friends will release a new chapter every day from 1st December to Christmas Eve while also making it available on YouTube complete with scrolling text for D/deaf and hard of hearing audiences.

During the first lockdown writer Feargus spent some of the time turning the play into a novel as a creative challenge for himself, and now that work provides the backbone of this new project. After their spring 2020 tour was cancelled four previews in due to the first lockdown, and their participation in the Signal Fires festival was (temporarily) halted by the second, the company were determined to give something to their audience which they could be fairly certain is lockdown proof. The result is twenty-four chapters of murder, mystery and silly voices.

Crimes Against Christmas itself is loosely inspired by Agatha Christie’s Then There Were None. We follow a group of strangers gathered together on an island for a festive celebration. Our hero is art investigator Peter Artridge who thought he was there to solve the case of the Fabergé Bauble, but things take a sinister turn when his fellow guests begin to be bumped off in mysteriously Christmassy ways.

The podcast will be released at 00:00 am each morning and be accessible on most podcasting platforms (including Apple, Spotify and Google) as well as YouTube. Once released the episodes will stay live until mid-January.

Co-artistic director and performer Heather Westwell said: “This year has been so difficult, but we were determined to put out something fun and true to our style as a company. Fearg worked really hard on turning the script into a novel during the first lockdown and we were thinking of ways we could make it available when the idea of an audio advent calendar cropped up. We turned to one of our regular freelance collaborators, the wonderful Fred Riding, to see if it was even vaguely realistic. Once Fred was on board it’s been a whirlwind. We’ve set up an impromptu studio in our spare room (duvet’s on clothes maidens on desks for sound dampening) and have been making each other laugh playing all the characters and bringing up great memories of the original production back in 2016 with Jonny McClean and Dan Winter. What Fred has done with the music and sound makes it feel as close to one of our shows as possible.”

New Old Friends are an award-winning theatre company dedicated to creating original comedy theatre, founded in 2008 and run by husband and wife team Feargus Woods Dunlop and Heather Westwell. In 2017 and 2018 the company were awarded the Creative Bath Award for writing. Previous shows include five installments of the hugely popular Crimes… series of comedy thrillers, including 2019’s spring hit Crimes on the Nile. In summer 2019, their adaptation of Anthony Horowitz’ The Falcon’s Malteser enjoyed a six-week run at London’s Vaults Theatre. It was selected as a ‘Critic’s Choice’ for ‘Best Family Shows’ by the Guardian. Their latest show for families, Swiss Family Robinson (Top 40 Christmas shows 2019, inews) premiered at The Core at Corby Cube last Christmas. 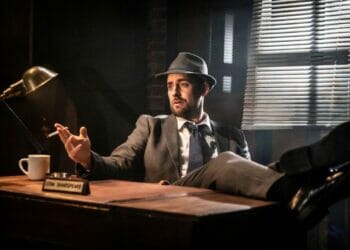 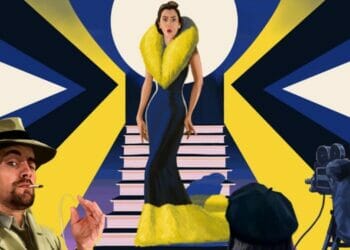 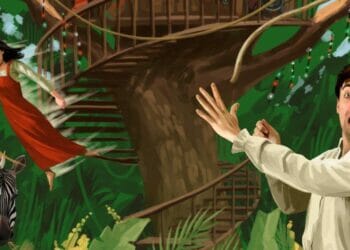 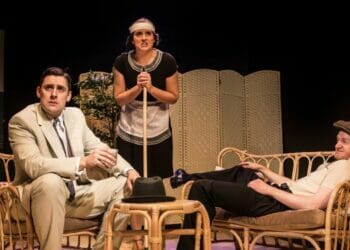 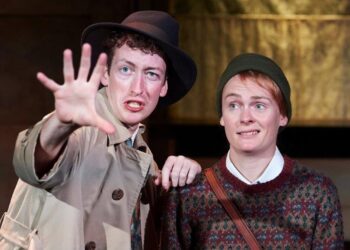 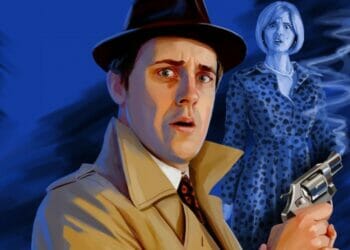 Preview: The Falcon’s Malteser at The Vaults