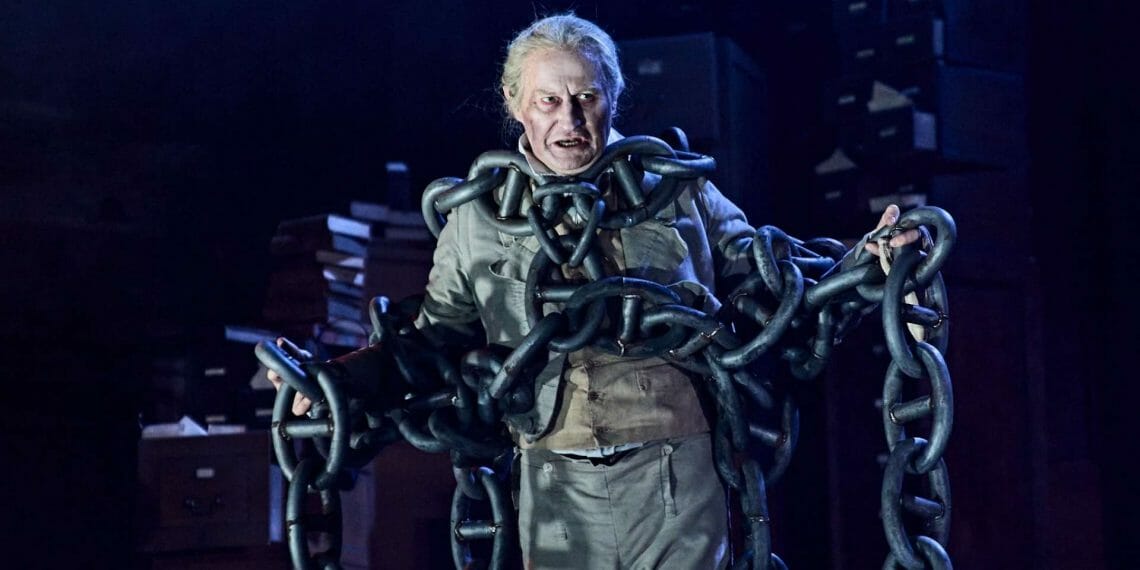 Trafalgar Releasing have announced that the Nottingham Playhouse production of Charles Dickens’ A Christmas Carol: A Ghost Story, adapted by Mark Gatiss and directed by Adam Penford, is being released in cinemas nationwide on 27 November and 1 December.

Tickets are available to buy from christmascarolcinema.com.

Mark Gatiss (Sherlock, Dracula, Doctor Who) stars as Jacob Marley in his own retelling of Dickens’ classic winter ghost story, A Christmas Carol, alongside Nicholas Farrell (Chariots of Fire, The Crown, The Iron Lady) as Scrooge.

Mark Gatiss said: “As the year turns again it’s a real joy to be bringing A Christmas Carol to a whole new audience. I fulfilled a lifelong ambition in bringing the show to the stage, at the wonderful Nottingham Playhouse and the extraordinary Ally Pally. Now it’s time for cinemas to get in on the fun of our darkly delicious, ghostly Christmas treat. God bless us. Every one!”

The Nottingham Playhouse production of Charles Dickens’ A Christmas Carol: A Ghost Story was filmed live for cinemas during the 2021 stage run at London’s iconic Alexandra Palace Theatre. Directed for the screen by Matt Hargraves and co-produced by Eleanor Lloyd Productions, Fiery Angel, Trafalgar Releasing, Eilene Davidson Productions and Gavin Kalin Productions, it is being screened in cinemas by Trafalgar Releasing, the global leader in event cinema distribution.

Marc Allenby, CEO of Trafalgar Releasing said: ‘Dickens’ A Christmas Carol is a perennial favourite for the festive season and we’re delighted to bring this cinematic and entertaining adaptation by Mark Gatiss, filmed especially for the big screen, to cinema audiences nationwide.’

This powerful tale of life, love, loss and redemption is as relevant today as when it was first published 179 years ago.

It’s a cold Christmas Eve and mean-spirited miser Ebenezer Scrooge has an unexpected visit from the spirit of his former business partner Jacob Marley. Bound in chains as punishment for a lifetime of greed, the unearthly figure explains it isn’t too late for Scrooge to change his miserly ways in order to escape the same fate, but first he’ll have to face three more eerie encounters…

For more information about where you can see A Christmas Carol: A Ghost Story on the big screen please visit: christmascarolcinema.com 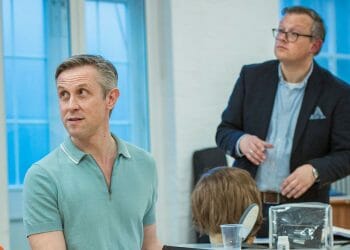 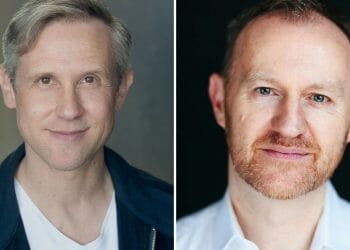 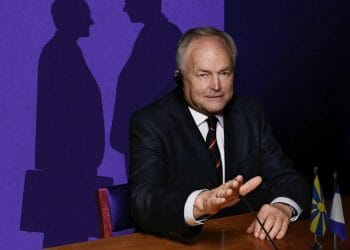