Following a week off so that our host could observe Yom Kippur, Seth Rudetsky has returned for another instalment in The Seth Concert Series, and for the first time in this lockdown online series two guests take to Seth’s virtual stage.  Covid restrictions will have prevented this so far, but as a married couple Andy Karl and Orfeh were able to join Seth from Baltimore.

As is often the case, Seth Rudetsky has a whole heap of history with this week’s guests, and perhaps that why we opened with the One Direction song, ‘History’.  Looking back at his guests early careers, Seth spoke to each of them individually Andy Karl talked about working in dinner theatre, while Orfeh spoke about studying at PA.

After their opening duet, there were two solo numbers.  Andy Karl sang ‘Lonely Room’ from Oklahoma a nod to his first role as Jud Fry in high school, while Orfeh gave us one of her favourite audition songs, ‘Reflection’ sung by Christina Aguilera in Mulan.

For Karl it was a musical about a Christian boyband that brought him noteriety, and so we were treated to ‘Something About You’ from the Off-Broadway production of Altar Boyz.  But five years previous to that he’d made his Broadway debut, taking over the role of Joey in Saturday Night Fever,  where Orfeh was already playing the role of Annette, they were married a year later.

With a little help from Karl, Orfeh gave us two spectacular numbers from Saturday Night Fever; ‘If I Can’t Have You’ and ‘Nights On Broadway’.  Seth also worked on that show, so it was lovely to hear the trio reminisce about their time together on that show.  Just as fascinating was Karl describing working on Rocky The Musical and the real life punches he had to take, or Orfeh missing out on being cast in Aida.

The pair were soon reunited to sing together a truly fantastic performance of ‘Elaborate Lives’ from Aida, and while their individual performances were fantastic, it was when they sung together that the night really popped.

Orfeh and Andy Karl brought some ‘Sunday Night Fever’ to this weeks concert, and after a week without Seth, it was good to see our lockdown friend back by his colour coordinated bookshelves for another enchanting evening of songs and yarns.

Upcoming concerts in The Seth Concert Series include Lillias White, Beth Leavel and Keala Settle.  Tickets are on sale here. 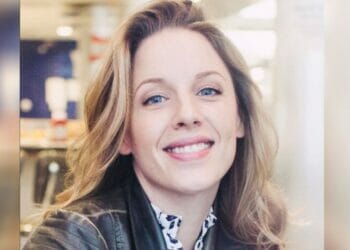 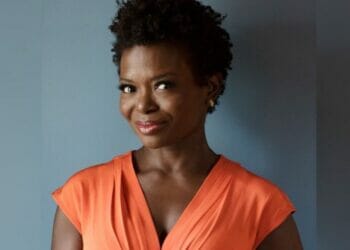 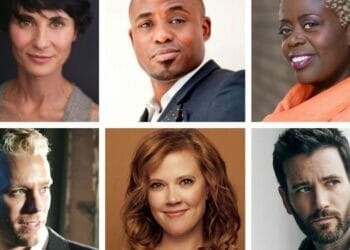