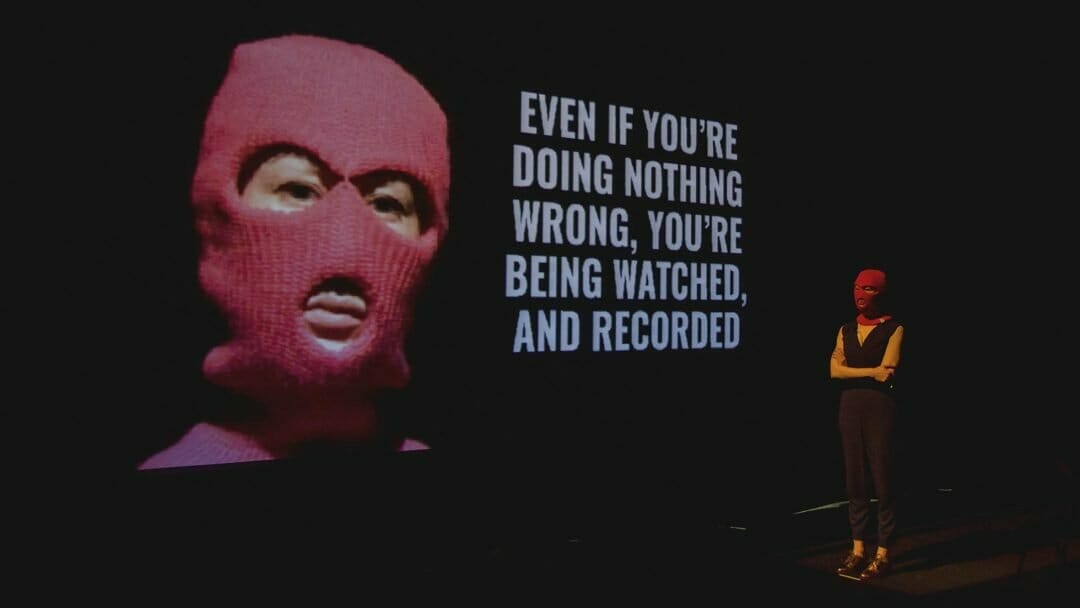 A Machine They’re Secretly Building, examines government surveillance. The show takes in the 1972 chess world championships between Bobby Fischer of the United States and defending champion Boris Spassky of the Soviet Union; a disco in Oklahoma; the cafeteria at CERN [the European organisation for nuclear research]; the erosion of privacy and Edward Snowden, former Central Intelligence Agency employee turned whistle-blower. It charts a course from the secrets of WWI intelligence through to 9/11 and the terror of a future that might already be upon us.

This is thoroughly entertaining, incisive, fact-based theatre based on extensive research. It opens our eyes, makes us think and challenges us to question what we are told. In an increasingly divided and unpredictable world  A Machine They’re Secretly Building and companion show The Audit are becoming increasingly relevant.

‘This is coolly reasoned theatre, produced with stylish aplomb.’ – Lyn Gardner, The Guardian

Written and directed by Andrew Westerside and devised and performed by Rachel Baynton and Gillian Lees, with digital design from Adam York Gregory (‘so seamlessly incorporated into the action it’s almost another performer’ Exeunt) and original music and sound design by Paul J Rogers.

Proto-type is a company of multi-disciplinary artists that has been making work and supporting young artists in the US, the Netherlands, Russia, China, Armenia, France, Zimbabwe and the UK since 1997. 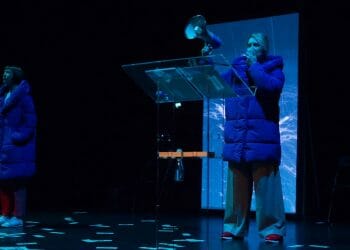